1 iphone 12:19 AM
Thinking what apple will bring you this time, just weeks before finally it has been officially unveiled that iPhone 6S and iPhone 6S Plus the upcoming iOS device by Apple will feature 12 Mega Pixel back camera which they calls the iSight. The earlier last version of iPhone featured 8 MP camera but this time they are coming with more advanced higher resolution up to 12MP.

The camera will be capable of taking 4K resolution video that its not about the photos only. But, these are not only the major upgrades on upcoming device of iPhone, it has been confirmed that the front-facing camera will now be accompanied by flash for better-lit selfies and more functionality.

As they always give a better resolution every year, this time Apple chose to refine the 8MP sensor by increasing its size, and widening the apeture of f/2.2. iPhone 4S 2011 has a resolution bump. But, as we know that the problem with a higher MP camera is it could sacrifice low-light performance. To counteract the megapixel bump, Apple may choose to widen the aperture further to f/1.8. 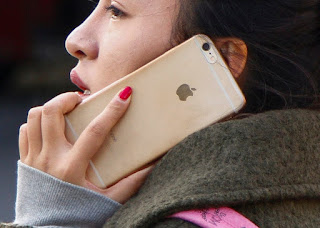 The more that they are featuring is animated wallpapers, similar to those found on the Apple Watch.As we can in the last update of iOS which was 8 that included vibrant new wallpapers featuring a few different planets, and a set that showed clouds of multicoloured dust against a dark background both very Apple Watch esque. So, that means the lock screen wallpaper will be animated this time.

If you are thinking about the date of release of the upcoming iPhone 6S well not to be worried as Apple official confirmed its next even to be held on September 9 2015. So, we are just a couple of weeks away from getting all the full details on the next apple device.

We will give all the specifications full details about the device and a quick look with more deep details.

Stay tune with us till than.
Posted by Toukir Rahman