0 facebook, facebook tips 3:52 PM
Facebook is one of the social network that stays worldwide with the title of one of the most popular social network since a very long time. Today the world is changing and digital world now brings Android apps and more features. A few years back Facebook launched its official app for Android users called "Facebook For Android". Anyone can get the app from Google Play Store with free of cost and experience the Facebook mania using Android. Since, it is the most popular social network in the world it has also become the most downloaded app in the Google Play Store. Excitement was unlimited for the people you love Facebook to have such a great app in their smartphone which they can surf Facebook in a better way and have all the functionality that they can use directly PC that also including the Chat. With the android app Facebook brings Chat more easy and frequent for its users, including easy to get notification and more. So, with the Facebook For Android app you will be connected to your account anywhere and everywhere. Even if you are working on something else your notification will popup just like you receive SMS. After a successful launch of the app they decide to develop it more so that it will be more faster, accurate, user friendly, secure and most important less memory hoggling app.

While they were busy in the development they finally though of bring user a separate Messenger Chat app which will only be used for chatting with friends over Facebook. It was more quick to chat, also included the stickers, free calls and bunch of new features and functionality with more fun and easy to use towards keeping Facebook people more engaged with the social giant and specially with their friends. 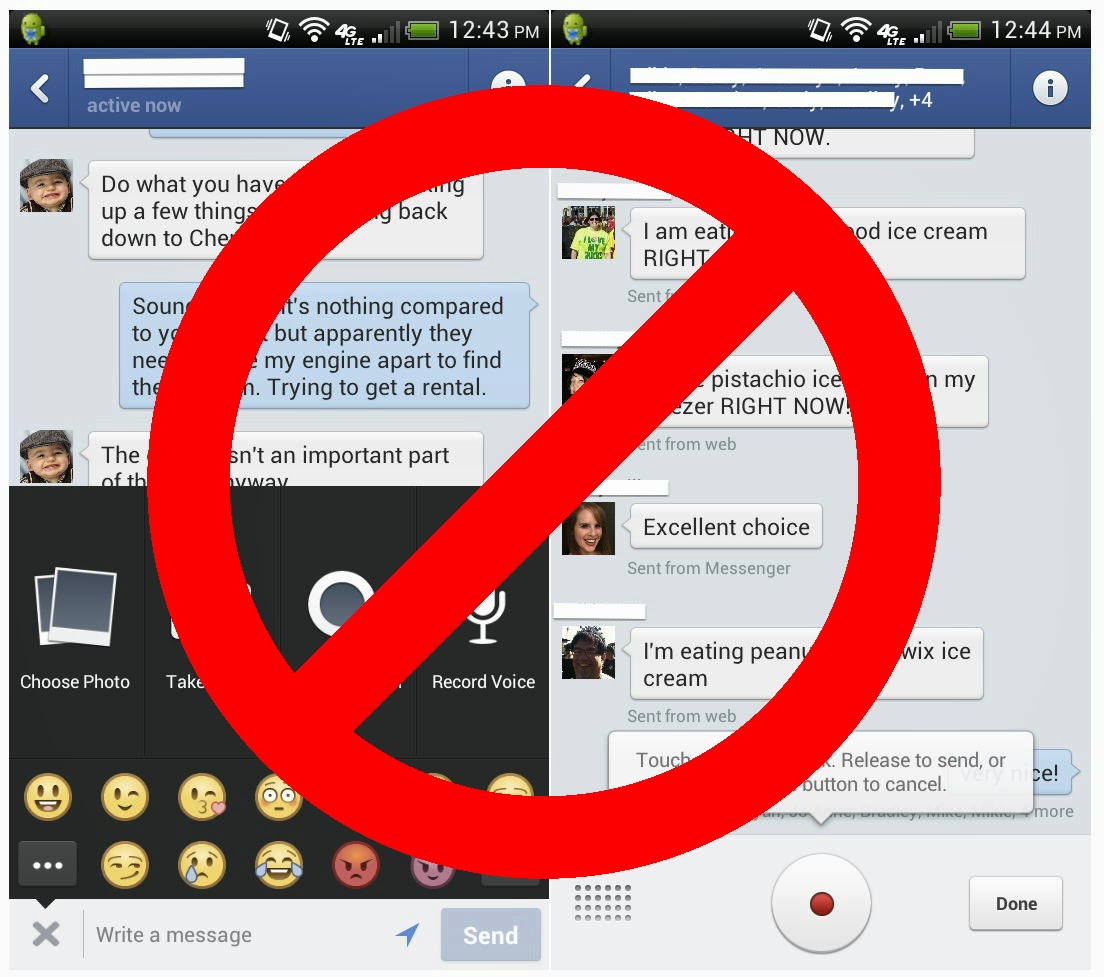 Well the app get very famous as well and become a useful app for everyone. But, running two apps for Facebook doesn't feel comfort at all for some people. Including thinking of the battery, process you must decide to stick with one. But, unfortunately Facebook has completely remove the messaging or chatting feature from its native Android App and turn it into Facebook Messenger. The notification top up at your smartphone display but if you try to view it, a screen appears asking you to install Facebook messenger.

Anyways after a while most of the Facebook users accept it because they didn't have any other option left. Because without installing the app your messaging is disabled by Facebook it self. The worse part is it makes chat very faster but firstly, some people don't chat much on Facebook and from whom i chat, those are important chats and secondly, i don't want anyone chat head appear and annoy me while I am doing something important on my smartphone or even playing games watching movie listen music etc. 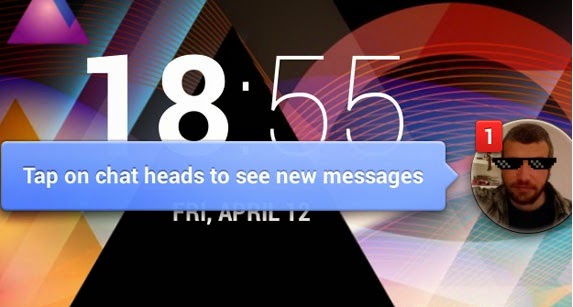 Tired of this, was looking for a great solution to get ride of such mass problem and headache Facebook developer forcing us to get into. Where there is a problem there will be a solution too, so you can which back to your old Facebook chatting experience once again with your android smartphone. There are feel solution that you can switch from messenger to normal old Facebook messaging.

Solution 1:
How to use Facebook App for messaging
Facebook app doesn't support the messaging so why not use Facebook from browser, well if you use any of the smartphone browser to connect to your Facebook account you will able to access to Facebook messaging without any hassle. Rather then that alternate you can use OperaMini browser, UC Browser other popular browser from Google Play Store.But it doesn't give you full privilege that kind of annoying for you right. So, here we come with a new source called Dolphin Browser with Android smartphone. Which gives you the option that you can switch to desktop version of Facebook so that you can use all the feature that the desktop version has.

Solution 2:
How to Turn Off Facebook Messenger Android To Chat Directly From Facebook App
This is actually kind of tricky so you need to be patient to follow the steps very careful. This trick have worked with many smartphone users very well. So, you can give a try. Firstly, if you have already installed the Facebook Messenger just uninstall it firstly, if you are not installed it yet then when you are in your Facebook Normal App it will ask you to install the Facebook Messenger to use the messaging service. Now all you required to do simply from the screen click on Get The App now it will redirect you to the Play Store page from where yo u can download the Facebook Messenger. Now start the download, while you are download start in the middle of the download stop the downloading by tapping on X, it i will simply in-corrupt the download process then later Facebook has been fooled by you. Now go to your Facebook normal app and you will see that you are able to send messenger directly from there without any problem at all. 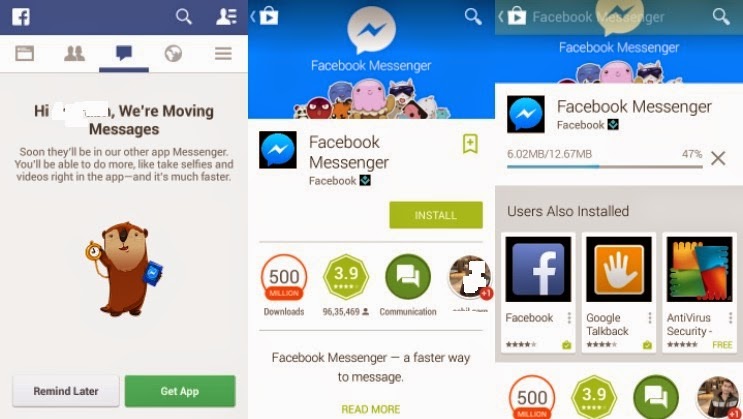 Older Version Of Facebook For Messaging and Chat Android