15 HTC, News And Information 2:47 PM
It is not expected that, the upcoming HTC One M8 we could see it before it reach the market. But unfortunately the phone has already arrived online with its leaked photos.

The upcoming HTC One showed it self off yet again, albeit unofficially, through the new photos leaked online.

The uncertain moment occurs, when the Chinese Weibo site reported the French tech news site NowhereElse.fr on Sunday, the latest series of photos reveal the front, back, and sides of the next HTC One with close-ups of the camera nad other features. Not only that the phone has bee displayed in comparison with its bigger brother, they call it HTC One Max. 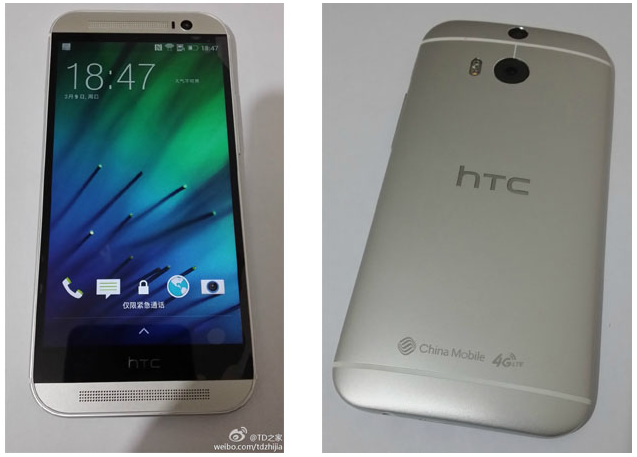 On this Saturday, known leaker @evleaks tweeted on Twitter, images of the purported covers of the upcoming HTC One that apparently can display the time and other basic information. And yes as we all know HTC One comes with a code-name with each of its version. This time its HTC M8, the next generation HTC One will debut on March 25 2014 at launch events in New York and London.