37 iphone, News And Information, snapchat 6:43 PM
In a recent research it has found that the new Snapchat iPhone app has a vulnerability that can make it possible for hackers groups to launch a DoS attack and freeze iPhone's easily. If someone uses DoS attack on your iPhone and your iPhone is getting freeze every time you are on Snapchat than for while stop using it till the next update of Snapchat app knocks your door.

Today, The LA Times has reported about a post by Jamie Sanchez the Researcher who have found this leak on the app. Sanchez explain that Snapchat's Vulnerability can easily open up the iPhone being used to a denial-of-service (DoS) attack, and that could easily cause a crash. Well it is easily for hackers who can send thousands of text messages to Snapchat user in just few seconds, that will cause the device to crash and freeze and floor on the inbox so badly. Than it will need a hard reset to have the phone up and working again, But, this could cause you many other troubles as well.

Simply, whenever you are trying to send a text message using Snapchat, a token is created(database token). The token is random every time and made of random letters and numbers and can verify the senders identities. Sanchez has reportedly found a way hackers can take these old tokens, reuse them and send new messages again and again.

This could lead to bomb one user with thousands of text messages with in just few seconds, a hacker can use old tokens and powerful computers. It could well be termed as a cyber attack on any iPhone user or even a group of people. Salvador Rodrigues of the publication showed a video where Sanchez send to his device 1000 Messages with in just five seconds. Now just imagine if you recieve 1000 messages with in 5 seconds and when you try to load it what will happen to your phone, that easily cause the iPhone to freeze with in seconds, shut down and restart itself as it can not take the load.

While the DoS attack on iPhone's causes a massive hard reset, on Android things aren’t as bad. The Android device will not crash but will slow down considerably and will not let you use Snapchat till the hack has finished. 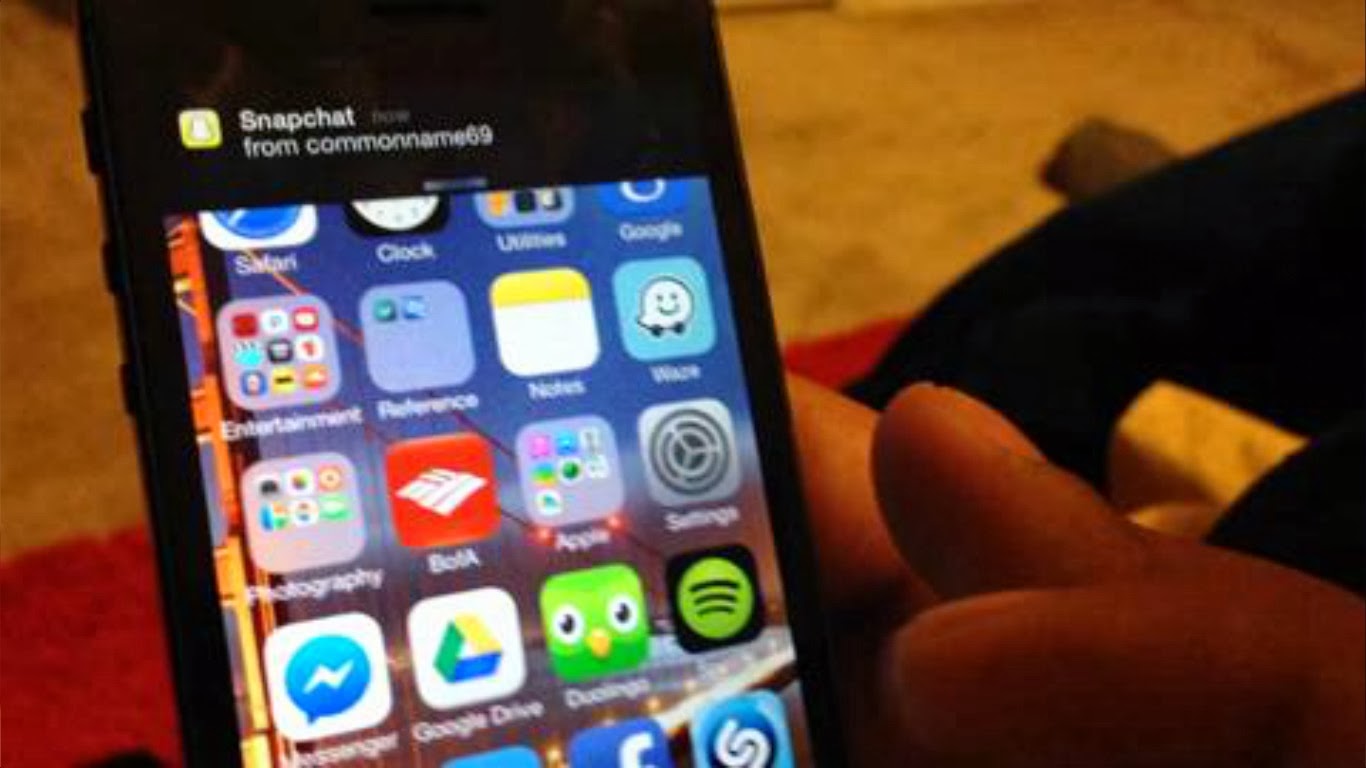 What else could cause more worry for all the Snapchat lovers is the fact that Sanchez has yet didn't reported the issue to the Snapchat app's team. The researcher says that he has not done so since Snapchat does not respect the cyber security research community at all, a fact amply proven when the app makers ignored security advice back in the August last year 2013.

We hope that Snapchat will soon aware of this vulnerability and fix it for all iPhone users. Be safe while using Snapchat.