0 News And Information, Technology 6:08 AM
Do you have the online currency bitcoin ? well now it has become more easier for you to monitor them using app, and yes of course little bit more mainstream. A new app is here for you to monitor track its value.

The personal Finance App Mint has announced a new feature last Thursday that people will now able to monitor the vlaue of their Bitcoin investments and alongside other personal financial information on the app. This is the first time that an company is providing such service that allows users to view and track the value of the bitcoin in real time. Now it could be another step toward validation for the controversial cryptocurrency (bitcoin).

Mint is a unique service that allows people to track their wealth (or lack thereof). You can just simply register your bank information with the app and, in turn, Mint will automatically categorize your transactions, charting spending history and also notifying you when you go over budget in certain categories. It actually maintain your investment and keep you on safe on the track you are running on. 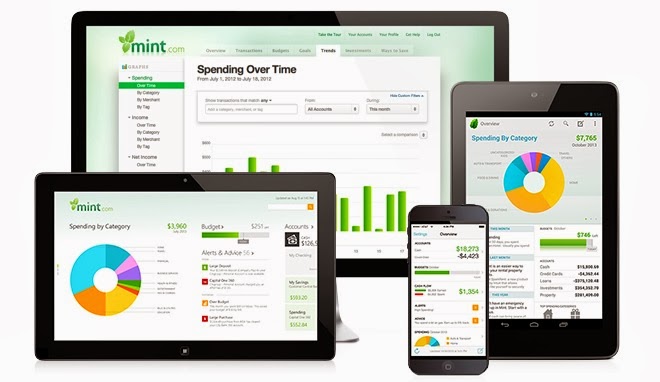 It also helpful for saving up big purchases, tracking investments and being an all around more responsible human being. All new features just work smoothly. Meanwhile bitcoin, a new kind of digital currency or your can say your online money that is intended to make online transactions more efficient and less costly than what all banks offer now around the world.A lot of people from different place are asking about its validity. When last year, Vanity Fair's Kurt Eichenwald Predicted that the Bitcoin bubble would pop, calling its market a fantasy. Just last month, the New York Times Paul Krugman called it evil.

But still however, Bitcoin has increased in both popularity and its value over the past several months, entering both the public consciousness and the coffers of more mainstream retailers, some of which have begun to accept bitcoins as a currency. So, we can expect that in between next few years bitcoin will be acceptable almost everywhere as a currency.

Does this union of financial tools mean? well for just one thing, it signifies that Bitcoin is continuing its growth, having gotten another big company like Mint and take notice. The next change of currency will be bitcoin.

Vince Maniago, group product manager at Mint.com said “As it is become more of a legitimate currency, we’ve integrated it into the app,” and “One trend we have noticed is lots of people speculating by buying just one bitcoin. This feature allows you to track it similar to how you track your 401(k) or investments.”

Mint is partnered with Coinbase, a money services firm that aids in securely buying, using and accepting bitcoins, to create the feature. Coinbase is legally approved by all 50 states of United States Of America and to transmit money and currently supports more then 834k consumers Bitcoin wallets and that makes the difference.

In the new addition to the Mint App was tested out with users of Reddit in the last few weeks prior until today's launch. Now redditor or not, you will be able to track your bitcoin investment with Mint app.

You can easily grab the app from Mints Website Here.
Posted by Toukir Rahman