0 facebook apps, flappy bird 11:36 PM
The creator of Flappy bird one of the most popular addictive 8-bit game that have won many hearts, suddenly removed from the app store. There was not specific reason given by the developer of the removal. The app become very successfully with in a very short time and become one of the top downloaded app on Apple's App Store. But, after hearing about the app is dieing soon many developer have launched some new apps and also some of the old apps are nearly similar with Flappy Bird.So, we have listed a few of them for you that might be very similar and you can play them as Flappy Bird Alternative. 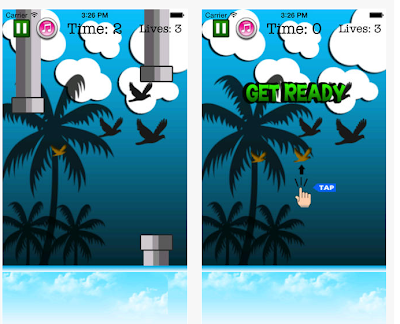 On the top of the list Fly Birdie have taken the place because currently number one in the App Store. It might not be similar with 8-bit Flappy Bird graphics but the playing methods are same. You can just simply tap on the screen to propel the bird up and down so that you can easily navigate through the Super Mario tubes. But, remember one thing if you do not continue tapping you will be fall on your stupid bird face and then you will need to start from the beginning.There is not much differences except two modifications. Firstly, now you have bigger passages between the tubes, so you can move the bird so easily and Secondly, you have now got three lives. If you contact with tube for once you will lose a life.
Fly Birdie is a co-opts mode game, it is much easy to play so for any less skilled players this would be the best choice. The lives are now extended and wider passage ways pander to everyone who wishes they do been better at the original. If you are looking for the best one that can be like Flappy bird then this one should be your choice.
Download Fly Birdie From App Store 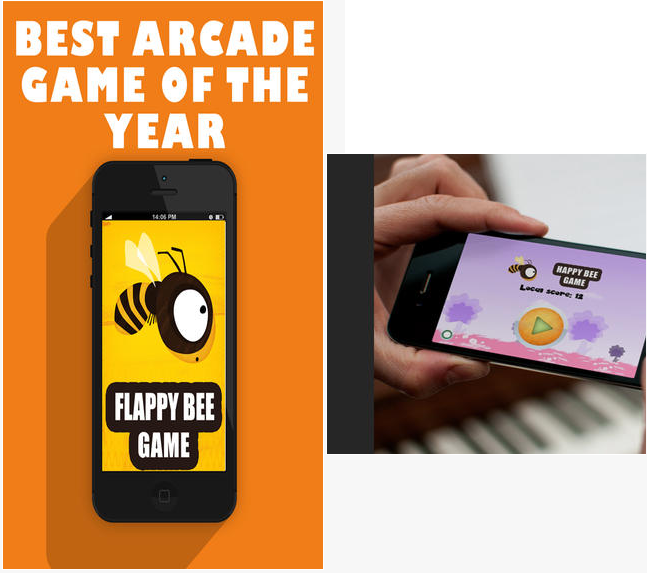 This app is also similar but you have to play with bee instead of bird. You just need to tap on the screen to propel the bee through the sky. If you accidentally touch the sky or fly down, you die and need to play the game from beginning. One more changes have made in the game that Instead of pipes in you midst, there are strings of Plants and Moons that, curiously both look like flowers. When you collect them your pot of honey will fill up. In every level you will have to required achievement to complete, that is just filling up the pot of honey in certain number of taps. So you don't need to keep tapping on the screen all the time. The only difference is that you have limitation on tapping, every time you fill up the honey pot you will have new challenges to continue, you need a very good focus and attention span must expand. The graphic is very good with details and orginal. The best news is the animation and concept is much better than the original Flappy Bird. But, you will need to learn new things, you have to collect new items, you have to limit your taps so it is quite pretty difficult that made the game more interesting and fun to play.
Download Flappy Bee From App Store 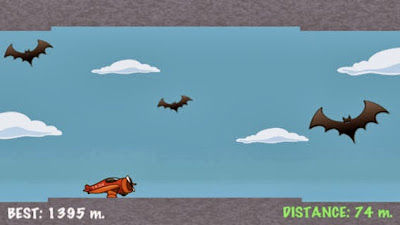 If you are bored with birds and bees you can try flying a Plane.Fly on the sky and increase your score to be on the top. This game is also quite similar and fun to play tapping on the screen to propel a very small plane to its poorly designed destiny. If you anyhow touch the ground or the boundaries above, your plane will crash to start from the beginning. Now instead of pipes in your midst, you will need to avoid floating bars. As you dodge them, your advancement will be recorded in the miles you have traveled. There are much difference in the game that, you can choose your difficulty level of the game before you start the game. The easier version is much easier than the normal Flappy Bird default difficulty level. Even though the easy version was much difficult for me to play on, but remember, my highest score in Flappy Bird is 10. Where as Flappy Bird's bare bones 8-bit layout was charming, Flappy Plane's just seems sloppily put together. The text used to display the distance is blurry, and there is a distracting advertisement at the top of the page, the plane doesn't look nice at all, not even in a weird way. So, the game is fun to play but if you are looking for a better graphics game than I would say leave it.
Download Flappy Plane From App Store 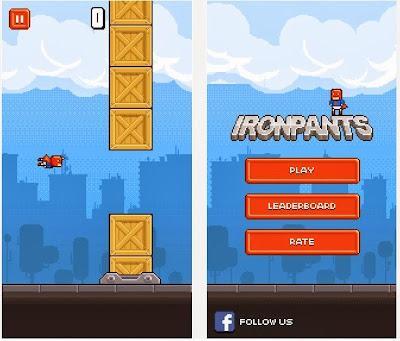 You don't like planes to fly, you don't like birds to fly, you want something that feel like you are playing superman than Ironpants give you the option fly a human. The game is just another alternative for flappy bird tap on the screen to propel the young superman type human through the crate-like obstacles in front of him. If you crash on the ground than you need to start from the beginning. Your advancement is measured in the number of passage ways you make it through. The more you pass the more score you get. Not much difference to say about, except you are flying a super human instead a bird. Another change in the game that you have to pass crates instead of pipes. You will need to hold down your finger all the time on the screen while playing, rather than poking it again and again. The concept is just similar with Flappy Bird even yes a little bit better than it. It is one of the most exciting Flappy Bird like game i have played till now. So i would recommended to you play it once if you are looking for an better alternative.
Download Ironpants From App Store 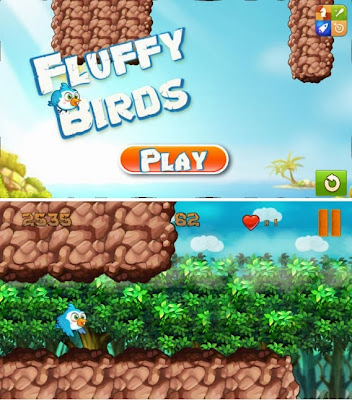 Do you like the twitter bird, than you must be looking for a game that you can play with the twitter bird. Fluffy is one of the game most exciting and very adventurous.You will need to tap on left side screen to propel up the beautiful twitter like bird and have to keep your self safe from the hills. The graphics is well designed and very responsive with details. You can see the wings of the bird is moving so looks very interesting and original. The game is really fun to play you can score and play as long as you go. The differences are, you have hills instead of pipes, the bird is bigger in size, the graphic is very good and details, you can easily control the bird to fly.
Download Fluffy From App Store
Posted by Toukir Rahman