Android, galaxy, samsung, Technology 5:56 PM
Upcoming New Next-generation Samsung Galaxy S5 Lock Screen and Home Screen could look alike Google Now with more features functions and fun.
Recently a tweeting purported screenshots of next-generation Samsung Galaxy S5 phone user interface, Evleaks has just released a few images giving more closer look at the one of the UI's elements. The screenshots showing a detailed view of a lock screen and home screen widget that featured in the original images, hinting that it may be used by Samsung to deliver notifications and contextual information on your phone. Although Google Now is the currently included in Samsung devices, the company doesn't make it easy to access for public. 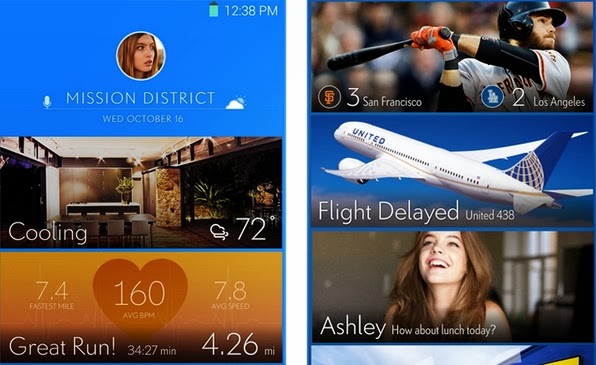 Like those in Google Now, the notifications cover a variety of subjects on it.The different Pictured in the screenshots are social media shares, live flight info, sports scores, weather updates, payment receipts, concert information, upcoming appointments, delivery notifications, and health data. To deliver a wide variety of information to you via Google Now, Google scans your web history, Gmail account, and location data; it is not clear if Samsung would somehow tap into Google's data, or if it has designed its own method to gather the vast amount of information required to power such a service. 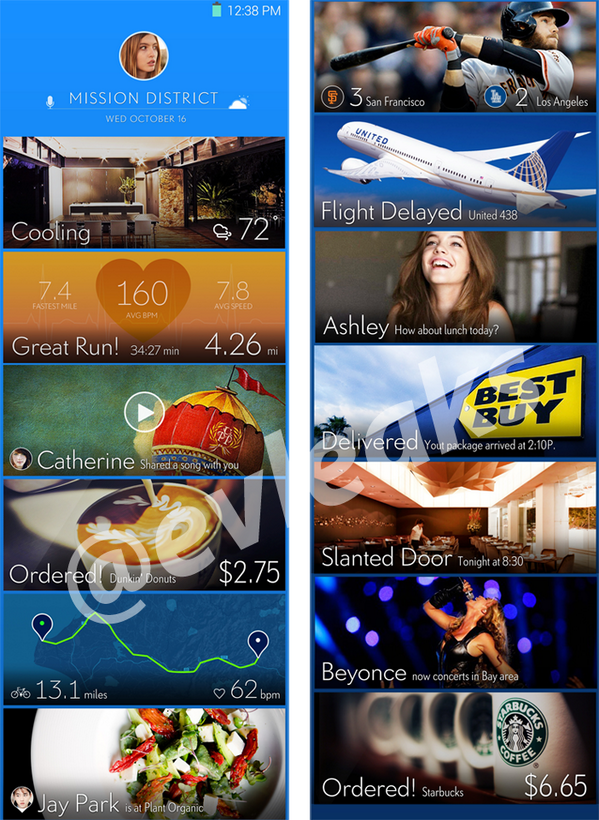 Should the leaks, which are described as something Samsung is testing rather than a finished interface, turn out to be accurate, you can expect to see them debut with the company's upcoming Galaxy S5 flagship at some point before May.
Posted by Toukir Rahman