We have already heard lot of rumors about the upcoming Galaxy S5 and its release date. Well they have decided to release their upcoming headset model in between March or April 2014.

The newest report says the update to the popular Android smartphone line could include a new kind of lithium ion batter that holds 20 percent more energy in the same size module as the older Galaxy S4 battery, not only that it also carries a rapid-charging technology that will get you powered up in just less then two hours for full battery charged.

From different sources it has been proved that S5 battery will be 2900 mAh, that has been increased from the past S4 2600 mAh juice pack. This might not be increase the boost of the overall battery life of the S5. But, if the reports that it will come with high resolution 2560x1, 440 pixel AMOLED display pan out. 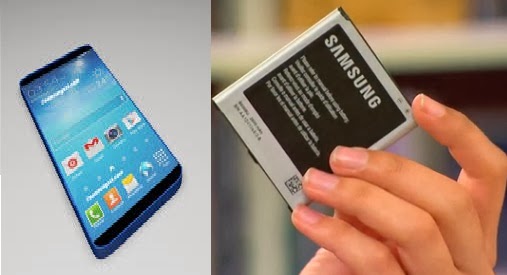 Not only that, the collected reports and rumors point to high-end specs for the Galaxy S5, including the possibility of a Snapdragon 805 processor, which has advanced graphics performance over its predecessors; the aforementioned 2K display; a 16-megapixel camera; and a premium metal-body model.

As we all know that Samsung smartphones alway comes with new features so We are also hearing rumblings about some new features like head tracking and a possible iris scanner, things that could also make use of a bigger battery for the upcoming handset.