Games, Technology 7:37 PM
New Sony PlayStation 4 or PS 4 full Review, Hardware, Software, Advantage, Disadvantage, Input-Output, Controller, Specs, Prices full brief introduction.
Just a few days before Sony have finally launched its all new PlayStation 4 or PS 4 in the market. The last time in 2006 Sony announced its gaming console was PS 3 and after seven years they finally announced newer version of PlayStation series PS4 on November 2013. The new PlayStation developed by Foxcon and it is a 8th-generation gaming console. The major competitor of PS4 are Microsoft Xbox One, Nintndo Will U. 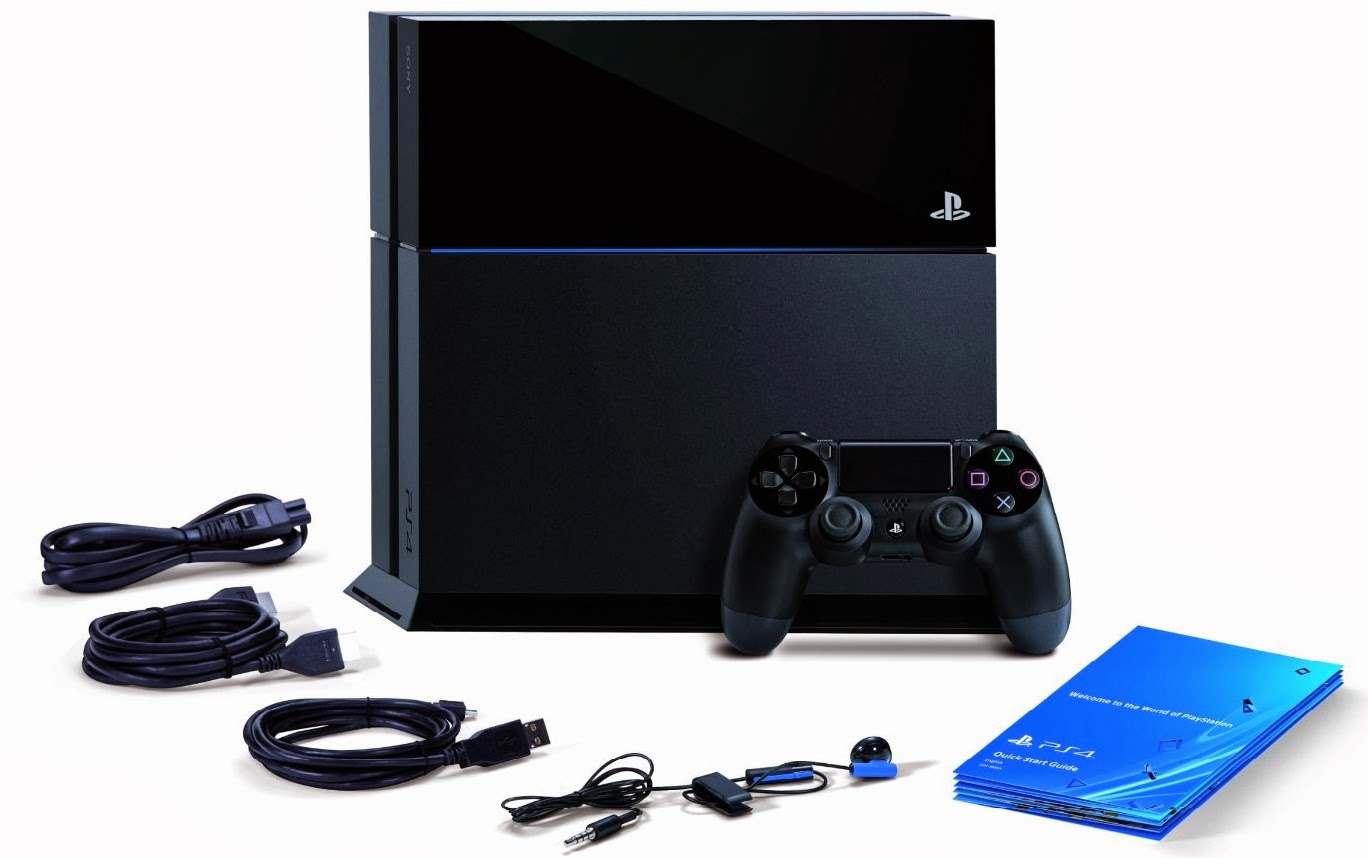 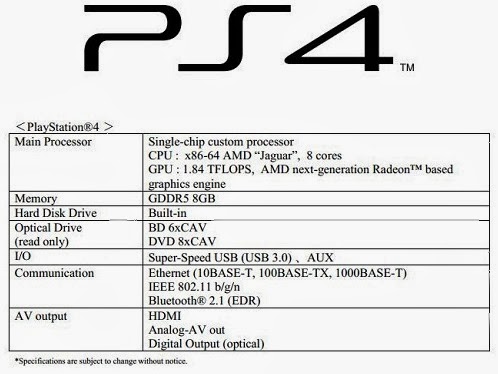 PlayStation 4 comes with x86-64 AMD 6 "Jaguar" Core APU( CPU & GPU Together) processor including two Quad Core Moduler (4x2=8core).With clock speed of 1.6 GHZ. PS4 has total 1152 core inside its GPU and with every 64 core there is One Computing Unit total 8. That can actually gives you performance just like a desktop GPU HD7850. There is GCN service for PS4 AMD by GPU and 8GB DDR5 RAM with 176GBP/s Bandwidth. There is another additional 256MB RAM inside for any background process. 500 GB of hard drive and it is replaceable and upgradable. 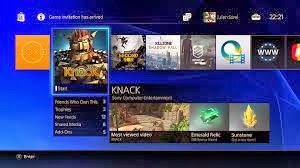 PS 4 have built in blue-ray DVD ROM. Additional features are WiFi, Bluetooth 2.1, Ethernet, Dual Shock 4 controller, PlayStation Vita, Smartphone via PlayStation App, including a new feature that you can use your tablet as second screen. PS4 can be connected to any HD TV or Monitor with HDMI port. No additional Sound Port or DVI port. 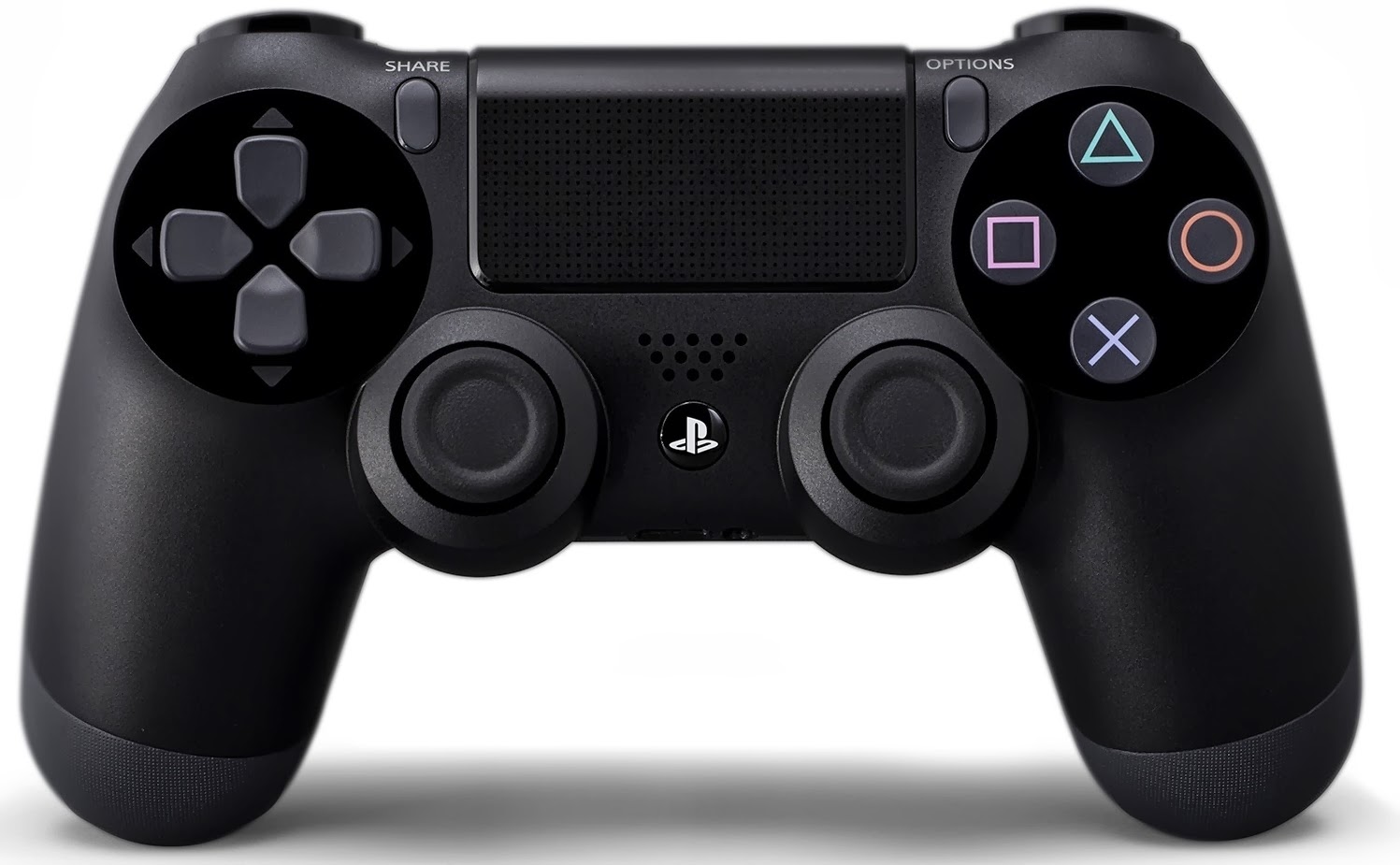 PS4 comes with a new great look Dualshock 4 controller including click-able touch pad. There is a share button in the control that gives you option to share update of last 15 minutes of the game.  Controller comes with none removable 1000mAH Lithium Ion Battery. Dualshock 4 connect with PS4 using Bluetooth.

Backward Capability/ Disadvantage
Currently, there is no option that you can play your favorite PS 3 older games on PS4. But sony have announced PlayStation Now service that allow you to play few games from your favorite PS 3 games.


PS4 has sold 5 million copies around the world. PS 4 Prices: