apple, iphone 6, News And Information 3:17 PM
After all rumors about iPhone 6 from different sources it has been clear that it could release middle of this year 2014. Not only that from many different sources they are claiming that next generation iPhone will come with two large screen. Recently a Chinese Analyst Sun Changxu who told Chinese language web site QQ Tech that the upcoming next generation smartphone will come in two different large screen sizes and could be unveiled as soon as June this year.

Well according to Changxu, the next iPhone 6 will most likely have 4.7-inch, 1136 pixel by 640 pixel display. He also claims that Apple could release another smartphone shorty later after the first one and it will have a higher-resolution 5.7-inch display.Word has it that apple will reveal its new smartphone at its Worldwide Developers Conference coming this June.

From all other different sources we have already know Apple next iPhone will come in a larger size. In last year October, a handful of reports said the screen size will just jump to almost 5 inches from the current 4 inches. Some of the analysts even pegged possible screen sizes at anywhere from 5.7 inches to 6 inches. Similarly, a report from last week from DisplaySearch have claim that iPhone 5 could have a 5.5 inch 1920 pixel by 1080 pixel display.

The last week event launching of iPhone on China Mobile, Tim Cook the new CEO of Apple Inc was asked whether Apple might launch an iPhone with a bigger screen or flexible display next time. He replied "We never talk about future things," Cook said. "We have great things we are working on but we want to keep them secret. That way you will be so much happier when you see it." 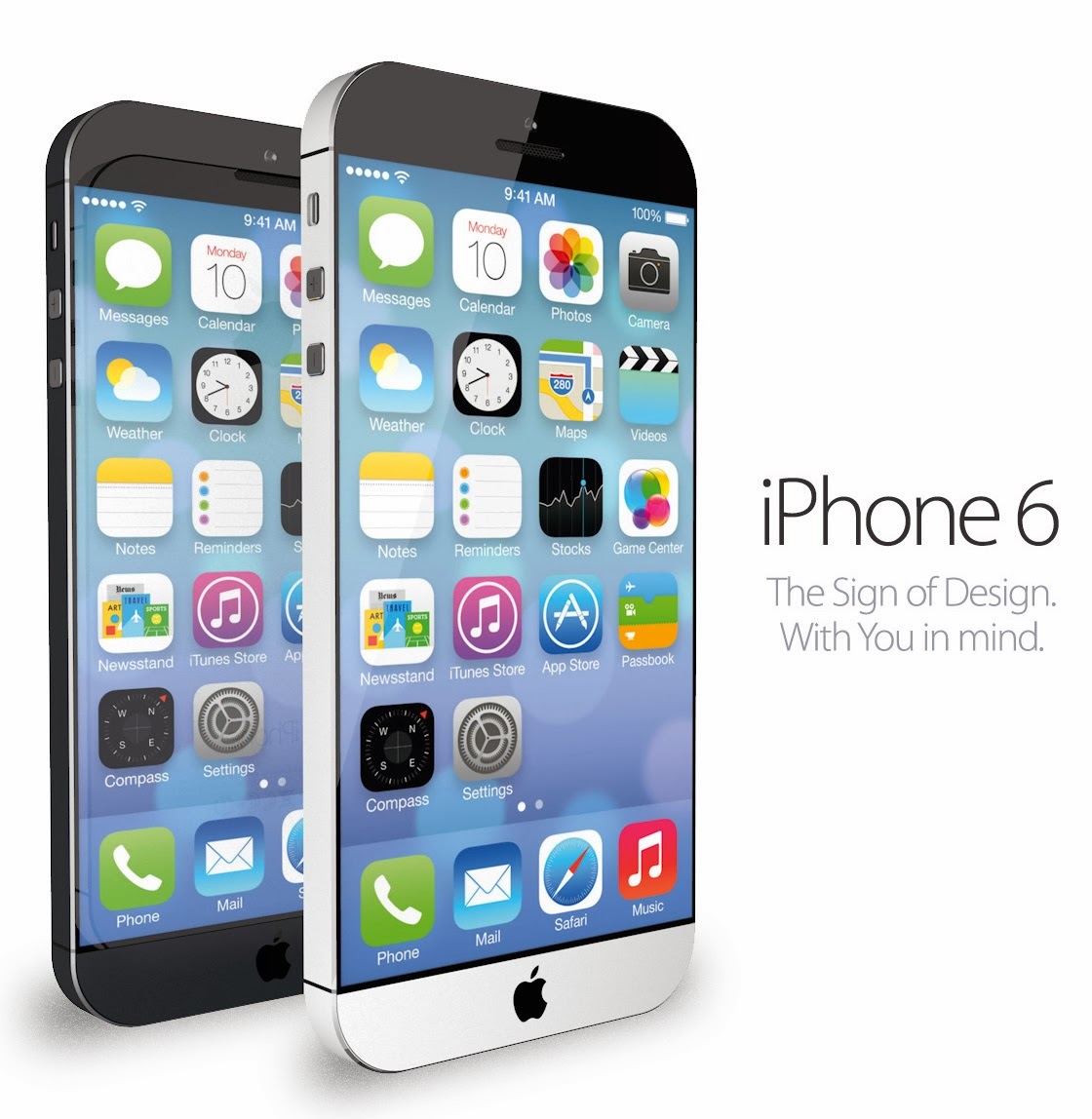 Meanwhile, the rumored about iWatch is also getting its share of speculation. Since, according to G for Games, Apple's supposed computerized wristwatch is said to have a flexible OLED display from LG company. Reportedly, LG has already finalized a partnership with Apple to make 1.52 inch OLED displays for the watch. Production is said to begin later this year.

There is been talk of a purported iWatch for about a year now, yet no conclusive signs of any device have appeared. In October it was rumored that LG Display was close to signing a deal with Apple to provide the OLED displays. However, the release of the device is said to have been delayed due to screen technology decisions, battery issues, and corporate shuffling.

Currently, all news are just said to be rumored but you can't deny them as long as Apple don't announce the upcoming iPhone 6.
Posted by Toukir Rahman