facebook 8:01 PM
When the giant Social Network Facebook enters the market it get so popular among all teenagers around the world. Since the starting and comparing now it has becoming very disappointing period for Mark Zuckberg to see that most of the current Facbook teenagers are just living away ?

Now the question is why they are actually leaving and what could be the reason behind it. In a recent survey on Social Media it has been cleared that people are becoming use to of mobile apps and chatting websites such as Snapchat, Whatsapp, Instagram and others similar to these. Recently, Facebook even tried to buy Snapchat for 3 Million but that wasn't good enough for the founder of Snapchat and proposal got refused.

How they are working ? well with all these latest social networks like Google+ and apps services for messaging videos and photos Facebook is actually losing a lot of teen users. On the other hand everything is getting divided. Because few years back it was something that only Facebook was on the field but now the time has changed.

In the last 3 years Facebook has lost more then 3 Million active teenage users which becomes a very decreasing popularity for the social network. Now what actually the developers going to create so that people will love to stay. They need to add some more and unique features so that teen get attracted and stay on the network.

Teenagers is a life when people need everything easily what they want ? so they are are finding something more easier then the current one they just switch to that. Even if you just compare to any other website's we have seen that before. So, without something new everyday it is becoming very difficult for popular websites to keep their teen users stay on their site. 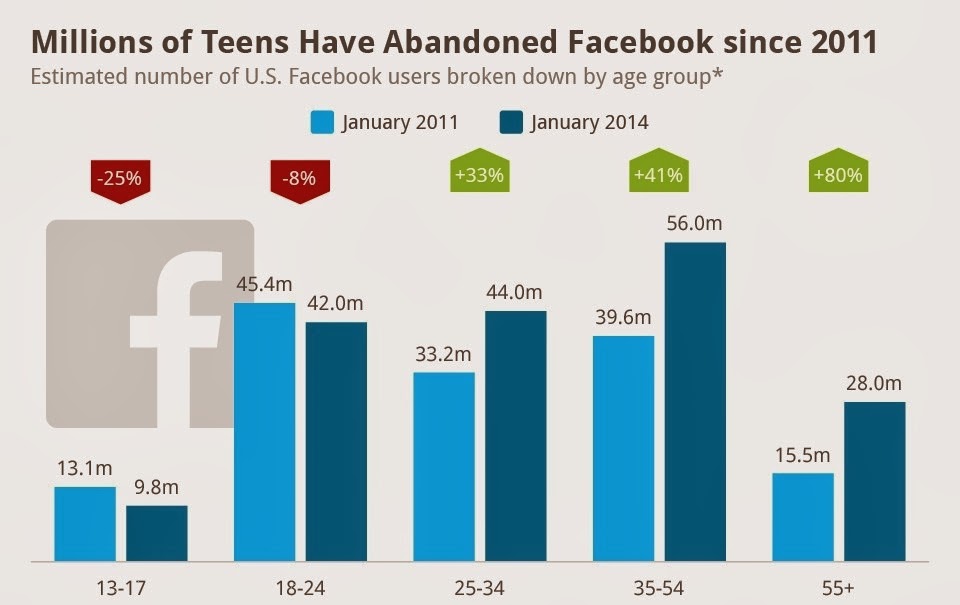 A report from digital agency iStrategyLabs breaks down just how many teens have abandoned the monster social network since 2011. According to its findings released Wednesday, which the agency claims were drawn from Facebook's Social Advertising platform, 25% fewer U.S. teens use Facebook now than in 2011. That results to a net loss of more than 3 million users. However, Facebook could not confirm these numbers, so take the data with a grain of salt.