facebook, facebook updates 7:38 PM
Last March Facebook introduced us with its new News Feed look where everything look alike personalized newspaper. Now Mark Zuckerberg is looking forward for another new design to News Feed which is in testing period right now, which was discovered by Fast Company's Co.Design, that indicates a further push to bring newspaper like elements to Facebook's primary destination.

The website has reported that currently Facebook is experimenting with serif font for the news headlines, as because this font is actually mostly used for newspapers headlines, but sans-serif fonts such as Helvetica are most commonly used for online newspapers. Well below we have given an screenshot of the current News Feed design on left of the image and the test of different font on the right hand side of the image. 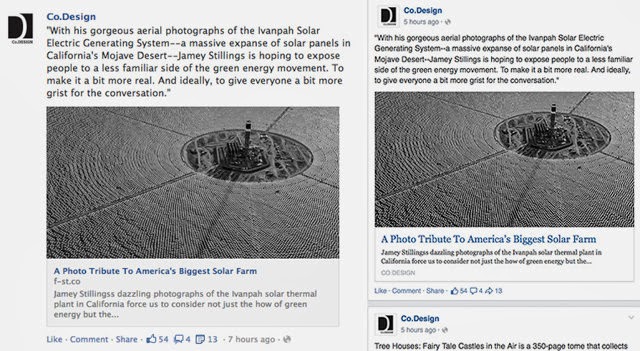 As shown in the screenshot below, the new typeface was also applied to right-hand-side ads.

Facebook has already confirmed about Co.Design and said "This is a small design test we are currently running. We are constantly testing new features across the site and have nothing more to share at this time."

Two executives from digital marketing agency 3Q Digital weighed in on Facebook’s News Feed test, with Chief Operating Officer Dave Yoo said "It’ll be interesting to see whether Facebook will repeat what it did in 2006, when it essentially “forced” News Feed onto its user base with plenty of backlash. This fundamental shift from the profile page navigation that MySpace popularized elevated Facebook’s stickiness dramatically and ended up being the standard for all social network user experiences thereafter. The stakes are higher now for Facebook, so I’ll be curious to see how hard it pushes on innovating at the potential expense of user backlash this time around."

Social Account Manager Alicia Antoniolli said "When any change is made to allow advertisers to take up more real estate in the News Feed, it’s a good day. The headline will be larger and more readable, which is a win for advertisers. The needle was pushed considerably in September, when the News Feed underwent many changes. The link posts, showcased in this new update, were allowed much larger images and more ad text allowance, which pushed Facebook advertisers to consider it as a top ad unit. This possible new change is simply a slight move in the same direction."

Well how do you going to feel with the new change of Facebook fonts on news feed if Facebook introduce it to us in the upcoming days. I hope some of are going to like and some not. So, whats your review about it. 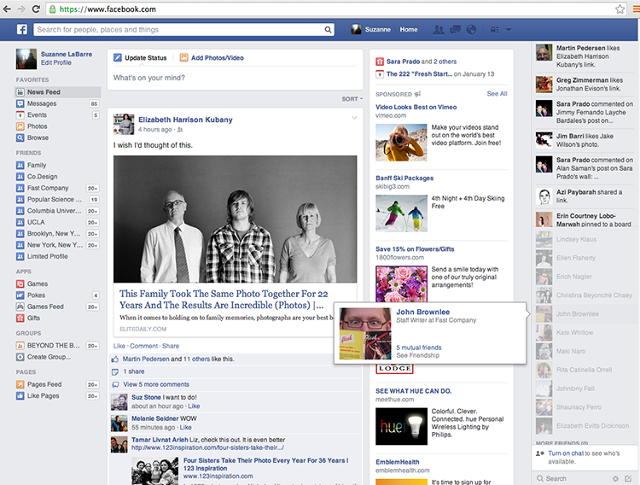