0 facebook, facebook updates 11:05 PM
Send free SMS or message to Facebook friends, friends of friends, or any mobile phone number using Facebook :
Since after a long period of time Facebook has finally decided to update its messaging app, Messenger for its billions of valuable users around the globe. Most of the people using Facebook love to chat with their friends and family. So, it is exciting to know about what will be next updates for Facebook chat Messenger.

In the new version of Facebook Messenger app, it will allow users to messages on mobile devices, and it will be available to both iOS or Apple users and Android mobile users too coming next week. But the feature they have added now you will have the option to send SMS or text others, so you will able to send free SMS to any of your contacts thought Facebook messenger app. You don't worry about you can only send to your friends or friends of friends or just people from Facebook, you can send anyone from your contacts, or can just add manually mobile numbers and will able to send SMS to them with a very easy to use interface. 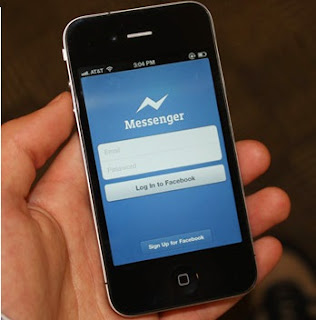 Now you might be worried about the recipients that they don't have the Messenger App of Facebook. No worries about it because they will receive messages in their Facebook inbox.The new version of the app sends messages more quickly and better identifies which of your Facebook friends or mobile contacts actually have the Messenger app by listing a small badge next to their pictures in your contacts list. This helps eliminate the confusion of not knowing which platform the recipient will see your message on.

Now after the mobile number has been successfully added, it appears on that user Facebook Timeline under the "Only me" default settings which can be changed later on, meaning no one else can view it. Now people can also search people by their cellphone numbers using Messenger app.

All of the version was designed specifically for its operating system and works better for mobile-to-mobile interface.The Android app allows users to swipe between tabs across the top, including messages, contacts and settings. Every icon and button in the app now fits the traditional Android style, said Luke Woods, the design lead for Messenger. Previously, both Android and iOS versions of the app used iOS icons.

On iOS, the app is designed with all three tabs across the bottom. Both apps have new sounds for sending and receiving messages as well as a slightly redesigned app logo and coloring, Woods said.

For people accustomed to using standard text and SMS, Messenger still provides benefits, Martinazzi said, For starters, messages received from users not in your contact list still contain the sender's name and profile picture. The messages are also free, and Messenger can provide an alternative to those paying for traditional text services, particularly in emerging mobile markets.

"In other countries, one of the big draws is going to be that instead of paying 10 cents per SMS or whatever the cost is, it's free," Martinazzi said. "But we're hoping people in the U.S are going to love it too. And while the free-value prop is not the reason they're going to use it, all of the other features are hopefully reasons they'll like to use this."

The roll-out begins Tuesday with a small group of Android users and should be available to all iOS and Android users icon the "coming weeks."
Posted by Toukir Rahman