0 facebook, facebook news, news and in 6:57 PM
A teenage guy from Morocco has recently uploaded a profile picture kissing his girlfriend have been arrested for posting it over Facebook. 14 years old girl and 15 years old boy had their picture taken by a friend outside of their school in the north eastern town of Nador Morocco and then they have posted the image on Facebook.

Both of them got punishment, for violating public decency after a local newspaper of Morocco have printed the photo on the news.The couple are due appear before a juvenile court next week. 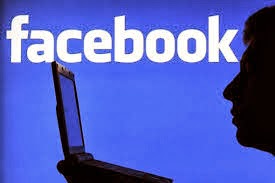 A campaign to post a million copycat photos was later launched in protest.This become very popular everywhere and everyone is talking about it. It could be a reason for Morocco government to take care of their cyber space for teenager and should give some restrictions. This is not happening for the first time. There could be more like them all over the world.
Posted by Toukir Rahman