0 facebook, facebook news 1:30 PM
As because of a huge audiences in Facebook, they are currently fixing all the bugs and privacy settings for its users. Recently, Facebook has removed a critical privacy settings from the accounts of a small percentage of people. From now there will be no way to prevent your Timeline from coming up when people searches for you by your name. That's not all.

Now the problem was that even the searching didn't work to find out the person, people culd still find that person by clicking on any post or picture in which Johnny Depp was named or tagged, or even just typing URL: facebook.com/Johnnydepp into the address bar, and there they were, at Johnny Depp's Timeline.Of course, if Johnny had set all his other who-can-view settings to "Only Me" as well, all a random visitor would see is a profile picture rather then that there will be nothing else like about me or any other profile information. Only the post set up as Public will be shown.

As because of the settings wasn't that useful that people still could find out the people they wanted so their Timeline was not a secret, and often just prevented friends from quickly searching for each other. Facebook has removed that option last year, at least for anyone who was not using it. In fact, they said it was eliminated for all but a "small percentage" of users long ago, but Thursday's announcement finally marks only the removal for those last holdouts. They will get a warning soon as like one shown above, and the setting won't be removed until they click on "Okay, I understand" button on Facebook settings. 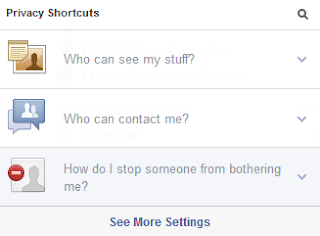 So, is your privacy at risk ? No more than it was yesterday, if someone really wants to find you out over Facebook, there is actually a lot of ways to find out.including unconcerned friends posting pictures publicly in which you are tagged, for one thing, or just having their friend list available for all to see — on which you might be listed.

For best use of privacy settings all you can do is just go to your Privacy settings in Facebook and there are dozens of settings that you can set for your Timeline privacy. People still could find out you somehow but if you disable all the option they can only able to see your Profile Picture, Cover and nothing more then that.
Posted by Toukir Rahman