0 apple, Apple iPad, ipad 4 5:41 PM
Its very exciting when we go and buy a new iPad but it is also important to know how you can easily unbox it without facing any problem and use it safely. Well, we all know iPad mini has been delayed in certain location due to stormy weather (Hurricane Sandy) but still iPad fourth generation is available in retail stores near you.

With the new iPad forth generation is more faster then the 3rd generation iPad announce March 2012. It has a dual core A6X processor that also have quad-core graphics card. Not only this it also contain Apple's new lightening connector as opposed to the old, larger connector. 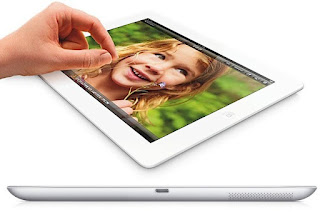 Today, we thought we should give you a tutorial where you can learn how to unbox iPad fourth generation safely without facing any problems. So, below in the video we will show you how you will able to unbox it and make it ready to use: