1 facebook, facebook news 7:19 PM
In today's days we all know that cellphone are the most popular technology that we use all over the globe. Popular companies like Apple's iPhone, Samsung, Nokia, BlackBerry, HTC and others are the most known cellphone companies in the world. As we can see most of the people have cellphones in their pocket to keep in touch with the world around them. Well, now the question will Facebook is going to launch a new cellphone brand?

Mark Juckerberg founder of Facebook has said that developing a Facebook phone would be the wrong strategy for their company. So, he has decided that Facebook will not produce a mobile phone. As there seems to be a rumor going on that Facebook was building its own phone Mark Zuckerberg has denies that there will be a Facebook Phone at ta conference in San Francisco. 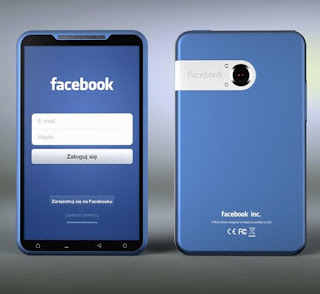 There had been intense speculation that Facebook was planning to release a phone as early as next year but as Zuckerberg speaks out and said that building a Facebook mobile would not attract a considerable enough number of users to make the venture worthwhile.


Ben Evans an analyst with enders said "I think brand specific hardware is a terrible idea. Amazon is producing a completely integrated service that would do everything that a certain type of person might want from a tablet.Facebook doesn't do that. It is only ever going to be just one thing on a phone and it would be one of 50 android phones on the market.It would be much more difficult then some people think. It is a major logistical and technical undertaking"

But yet Mark did, however, promote the importance of mobile in Facebook strategy.Investors have been concerned in Facebook's ability to make money from its mobile users.The company generates money from its desktop version by advertising on the right hand side of the site.

Zuckerberg said that users of Facebook's new iOS app are reading twice as many feed stories as before, suggesting a future boom in advertising revenue.

Zuckerberg said that the company's mistake was relying too heavily on HTML5 for its app rather than using native apps.

The new iOS app will chase this, and thee is speculation that the new operating system will be found on Apple's iPhone 5, launching later today.

He also said that native Android app is the third prong of its mobile strategy after iOS and mobile web, and users can expect one before too long.
Posted by Toukir Rahman