0 facebook 9:24 PM
Company originally registered as "The Facebook", Facebook CEO and founder was the former-Harvard student Mark Zuckerberg. While we was thinking about the concept of Facebook and a social network and started to build it up it was just a hobby projects with some financial help from Eduardo Saverin. After he had started Facebook with in just few months, Facebook and its core idea spread across the dorm rooms of Harvard and in each of every single people who used it, they have well received it, accept it and put lot of interest on it. On that time no one could even imagine that just a project hatched in college would go on to be the biggest social network of the world or rather say as "Idea of the century" which changed the world and made people so much closer to each other.

Ever since its inception Facebook has now reached to 1 billion users mark this year 2012. I know that sounds really interesting and huge but its true. Now the most interesting part about Facebook may be you don't know that Facebook is banned in China one of the most populated country in the world. So, you can imagine the numbers of users if Facebook was used in China as well. Facebook was banned in some other countries for few days and months like Pakistan Bangladesh. But still it is going on and people are using it. Facebook has grown bigger than just a social networking website. It has made social media a very powerful tool to provide opportunities to online marketers to grow their business. On the other hand Facebook has made it so easy for people to connect with each other.Social Media has grown too powerful to be ignored and Facebook itself is integrated with millions of small, big organizations, actors , marketers , products , people . 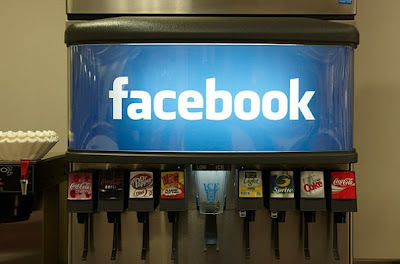 From the time Facebook started its professional journey they started to hiring young talents and this recruitment procedure has gone beyond USA. Not only in USA Facebook has been hiring engineers from all over the world. "Hackers Cup" is now organized by Facebook every single year to hire the best in the business. So, do you ever wondered how will it be like to work for the biggest social networking site of the world, or how is the "Life inside Facebook". So, as it is different as any other business this is obvious that working at Facebook has its own perks. You must be thinking about the office facilities provide by Facebook well then you should know everything is just world class inside of Facebook. So, we have collected some photos from the Facebook headquarters showing great views and moments and how Facebook works on the company. 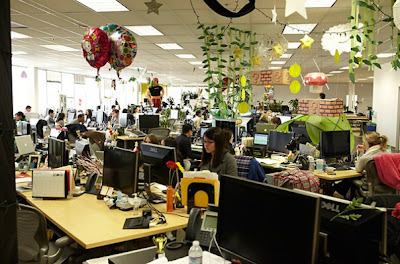 Its such a charm to be working with the brilliant brains of the world and place makes life better. 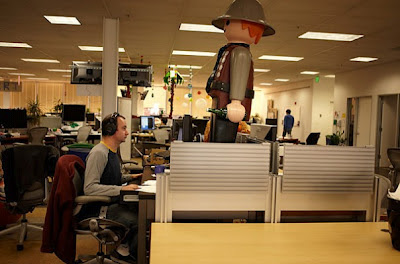 Music is the best recreation , so special care is given by creating a music room loaded with all the new music instruments. 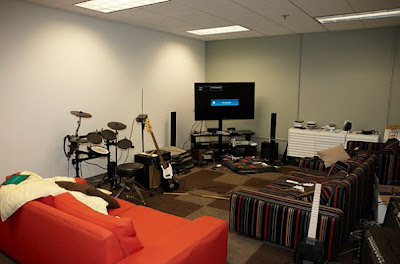 Special decorations creates an air of enthusiasm among the co workers. 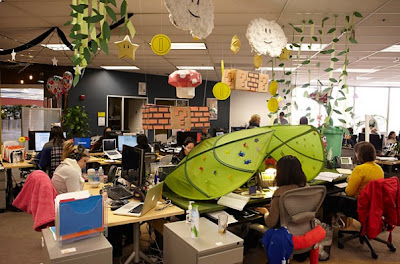 The most famous part of Facebook is its wall on the site and ” Wall Room” at work place. 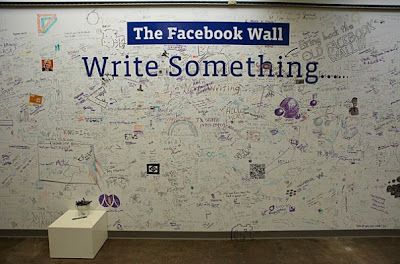 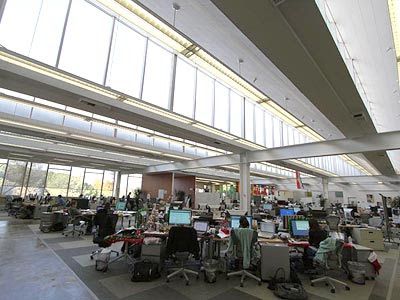 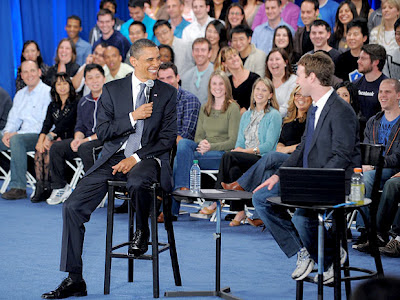