I have found so many unwanted photos on Facebook an the number of these photos increasing day by day. So many fake accounts and add pornography fake photos and other unwanted stuffs are posted regularly on Facebook and we saw it each and every single time whenever we visit Facebook home. I guess almost everyone, whether young or old, is on Facebook and spend hours on it. This is an era of social Networking websites and it cannot be ignored or stop. So talking about Facebook we can see that it will soon cross the 1 billion users as the daily sign up based. Some people are habitual of posting the things which they should not do and this have bad effect on young generation as more than 70% of the Facebook active users are from age group 18-24 and also from 13-18 increasing day by day. Many people makes Fake profiles and copies of photos of users and add them to Fake profiles. Facebook always keep monitoring what they users are posting and tries to keep Facebook a spam free place. But it is very difficult for Facebook to keep an eye on every single activity and fake profiles so they have given the users options to Report Abuse any thing which they can find should not be there on Facebook. You can easily report to Facebook if you find that some one else is using your images, harassing you, using your friend photos, pornography or anything which seems to be odd to you and seems to be a spam.

As we all know Facebook has recently upgraded its photo viewer and they have made it similar to Google+ photo viewer. A large photo as in popup window. This is one of among many changes just like timeline profile, chatbar, newsfeed which have seen this year from Facebook. But due to this new photo Viewer, Report Abuse has become quite tedious because you would not be find where it is located. So that you can follow these steps to Report Abuse any photo which you think should not be there on Facebook and let Facebook team to find it out either it has to be stopped or not.


How to Report Abuse Photos on New Photo Viewer in Facebook
Step 1:Go to Facebook.
Step 2:Now open the photo that you would like to report in the new photo viewer.
Step 3:Just move your mouse in the dark black area under your photo. 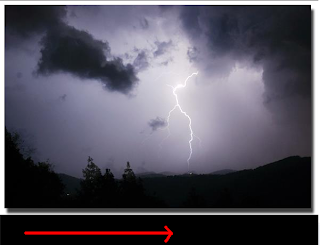 Step 4:Click on Option tab at the bottom of the photo. 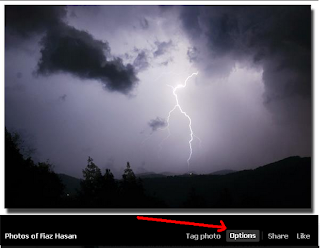 Step 5:Now you will see option for Report This Photo click on it. 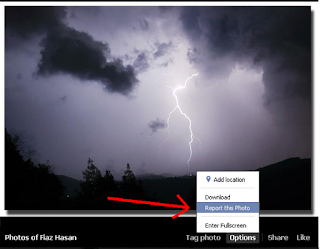 Step 6: You can Report that Photo to Facebook by telling them in which manner is this photo harassing you. 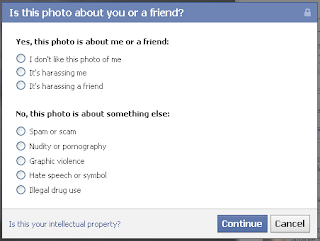 That's it. Now your photo is reported to Facebook and soon Facebook will look after it.
Posted by Toukir Rahman