Next iPhone 5 Or New iPhone

0 apple, iPhone 5, new iphone 6:15 PM
What will Apple's next iPhone version will called. Apple yet didn't announce iPhone next release date or anything regarding to iPhone. As we all know Apple was busy with iPad event and finally they launched their iPad 3 and call it "New iPad". More details.

We know first Apple released its first iPhone version and named it iPhone 3G and then next they released iPhone 3GS with more popularity, after that iPhone announced the next version called iPhone 4 and just after that the biggest Apple hit with iPhone 4S. Now if you think that the next iPhone would be called iPhone 5 then it won't be a bad prediction. But after the launched of New iPad it is really confusing what will be the upcoming iPhone name. It can be iPhone 5 or New iPhone. 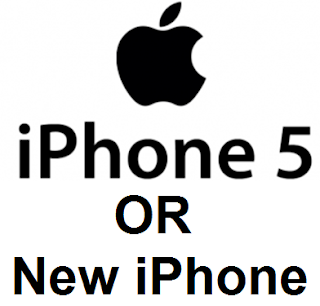 So, share your thoughts about iPhone 5 or New iPhone what do you think?
Posted by Toukir Rahman