0 apple, iPhone 5, new iphone 12:05 PM
So you must be very excited and thinking about new iPhone or iPhone 5.1 and when Apple is going to release it ? while Apple has just released the new iPad we have got some good news for you about next generation iPhone (iPhone 5,1). As we know that Apple is working on reducing the size of the traditional 30-pin dock connector to something closer akin to a micro-dock so that inside of it there will be more room for other components just like the way they did for the mini-SIM to a micro-SIM technology in 2010.Well we have heard that they will be stick with the current 3.5-inch screen size for the new iPhone but that it was not set in the stone and it could get a little bit bigger. So, regarding to this we have got some more information for you.

If you want to know about the new iPhone or iPhone 4,5 then here the first thing, the new iPhone will be 4G LTE compatible that is fixed. Well that is not something surprising or new as we have already saw the new iPhone supports LTE and its hard to imagine Apple giving the iPad a feature like that not passing it on the iPhone. So you are going to have it in the fall in the new iPhone.

Well the second thing is that,We have mentioned October 2012 as the current release schedule for iPhone 5,1 before and that’s still the plan. The exact date won’t be determined until closer to launch, but the iPhone is locked to a fall cycle for the immediate future.

That makes sense for a number of reasons. While going from the iPhone 4 in June 2010 to the iPhone 4S in October 2011 was a longer wait than previous generations, a new iPhone release in June of 2012 would create the opposite problem — only 9 months between iPhones. That’s not dissimilar to the period of time between the Verizon iPhone 4 launch in February of 2011 and the cross-carrier iPhone 4S launch in October of the same year, but that was a unique circumstance. Apple has shown they can earn significant revenue on their flagship devices even when they’ve been on the market for over a year. Why unnecessarily shorten that shelf life?

Also, to date, every new iPhone has been launched alongside a new version of iOS. The last version, iOS 5, was a major, ambitious update, including iCloud and Siri, and Apple made good use of those 16 months to bring it to market. We have no specific information on how large an update Apple is planning for iOS 6, but 9 months doesn’t sound like a lot of time for even a modest release. If Apple announces an iOS 6 SDK event this spring, like they did from 2008 to 2010, then we may start getting an idea. If iOS 6 isn’t introduced to developers until WWDC, presumably in the summer like 2011, then a fall release would seem a certainty. 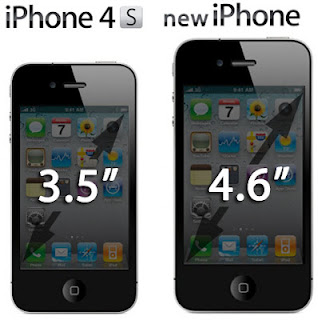 So to sum up, iPhone 5,1 is on track for:
We will update more about new iPhone so stay with us keep visiting regularly for latest Apple updates iPhone iPad tips Facebook Tips and yes Computer tips as well.
Posted by Toukir Rahman