iWallet mobile payments in next iPhone 5

0 apple, iphone, iPhone 5, new iphone 5:42 PM
Apple always comes with something new and unique with all its new version of products. Last time iPhone upgraded to iPhone 4S with the amazing new personal assistant Siri and also with other new features as well. Well, this week a new patent awarded to Apple that they might be adding mobile payments to the next version of upcoming iPhone 5 or whatever it will called. We are thinking that it would be iPhone 5 because first iPhone 3, iPhone 3GS, iPhone 4, iPhone 4S and i guess then iPhone 5 the next version of iPhone.
The new patent is called Parental Controls and it deals specifically with controlling how children (who aren't the ones paying the bills) and are able to use stored payment information.

The language Apple uses and photos in the patent papers seems to suggest that product would be more than just preventing children from paying for R rated movies. 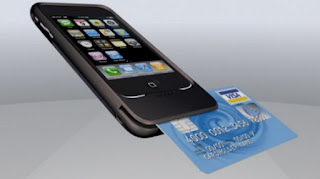 Now the question is what will the system will brings to us ? well the system will give a great option for parents to control their childrens and how much their child will able to spend. They actually can limit daywise payment, they can see what their childrens are buying, Images from the patent suggest that a parent will be notified if their child is trying to make a purchase at a Best Buy or if they’re trying to purchase alcohol or tobacco — both things you can’t currently do on the iPhone. The patent also hints that Apple may be integrating some sort of mobile payment solution that can be used outside of its own ecosystem in the future.

Along with the patent is a photo of an iPhone with Near Field Communications (NFC) capabilities. NFC would allow you to pay for a purchase wirelessly through your phone from some distance, rather than having to fumble around your wallet or purse for your phone, credit card or cash.

Mobile payments are starting to gain steam in the U.S. Apple, though, is a missile piece in the American mobile payment puzzle. While Apple has a history of filing for technology patents it never implements, the patent filing is one of many iWallet-style patents the company has filed. The patents indicate an iPhone mobile payment option may in fact be on the way.

I guess this time Apple is coming with its new mobile payment Technology to become the main competitor with Google Wallet. So lets see what apple will bring us next.
Posted by Toukir Rahman