0 facebook, facebook tips 1:29 PM
Facebook scam is one of the most popular way to scam people and get lot of traffic and more. Well, if we see a normal picture like get a iPhone 4S for free, then its very simple that is a scam post. But what happen if we see a heart-wrenching photo of a sick baby on Facebook feed, Yes this could be a scam, according to a group of five fraud detecting websites. They have posted  second open letter to Facebook on Tuesday, and asking the social network to better regulate "sick Baby" scams on Facebook news feed.

Well, according to the report it is clear that sick baby photos has been taken from medical journals or old news stories and can be shared on Facebook up to 600,000 times. Often the photos are accompanied with the message that Facebook will donate money for each of the share or like, but this is all false. If you just think normal, if Facebook would donate someone why would Facebook need share or like right ? when people see the fake donation it actually encourages users by emotion to click on the malicious scams and share it on Facebook with friends to get more views. Well such this type of scams actually making the people vulnerable to becoming the target of theft. 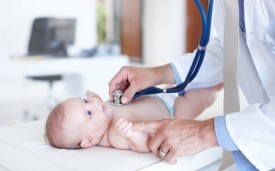 Unfortunately, the number of these “sick baby” scams is on the rise. According to stats from one of the anti-scamming sites involved in the open letter, there are 325 baby scams on Facebook as of Wednesday. For every fake sick baby photo removed, 22 are uploaded in its place.

The group created an online petition asking Facebook to remove baby charity scam photos. As of Wednesday afternoon, the petition has more than 500 signatures.

The first open letter from the group was sent to Facebook in February.

“These photos should be removed, all of them, much faster, more efficiently and repeat occurrences should be blocked by the implementation of a simple image detection system,” demanded the February letter.

Shortly after the letter was published, Facebook removed a number of the “sick baby” photos from Facebook, but critics say it didn’t act fast enough.

Several stipulations written in Facebook’s Statement of Rights and Responsibilities would clearly disallow scamming users with fake sick baby charities on the site. The deceptive ploys would even be illegal if scammers collect money from users for the fake charities.

If you ever see such time of things or any donation regarding share links then you should have to report it Facebook, if Facebook would donate then they will officially give announcement about it.

So, Beware of these type of scams.
Posted by Toukir Rahman