0 facebook, facebook news 12:17 PM
Well now Facebook has talked about roadmap for social network games and as well as mobile apps for rest of year at the Inside Social Apps 2012 conference on Wednesday in San Francisco U.S.A well i guess that is a great news for all mobile app developers.

Well if you are thinking about creating an app for Facebook's Open Graph then mobile space presents a great opportunity to create cross-platform social games - said Carl Sjogreen Director of Product Management at Facebook, who spoke in the conference center filled with IT insiders about Facebook projections for the mobile social gaming and app development space for this year.

“You sort of had to have a PhD in Facebook to build an app on Facebook,” he said. Now, with the new Open Graph he said they want to encourage people to create cross-platform social apps.

“If you are building a social application….it’s really important to think about cross-platform,” he said.

Well if you are thinking that social app are similar as like iOS or Android app, like if you have an app that doesn't allow you to play with friends who have different devices, that problems trumps any visual features lost by creating a cross-platform device. Social applications need to be inherently cross-platform. 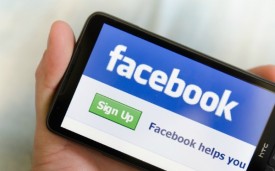 We should first think about what our users want from us, well he said, that is the dynamic Facebook timeline that tells their Facebook story, whether that means they are sharing the games they play, vacation photos or their favorite recipes.

“For the platform to be complete, we need to have all of that,” he said. “We have millions of people playing games on Facebook every day and that’s an important part of their experience.”

The moderator, AJ Glasser of InsideNetwork, asked Sjogreen about Facebook’s vision for how the API should work 12 months from now. Sjogreen said he’d like to create a better experience with games on the Open Graph, without interruptions and many opportunities to share.

“I think the potential for games is really huge,” he said. “We want to help every user find an app that makes sense for them.”

Pinterest has been one of the most successful apps recently launched through timeline integration.

“It took all applications that made the web platform so appealing and made them available on mobile,” Sjogreen said.

Would you like Facebook to be a one-stop-shop for what everyone is doing on the web? Are you an app developer creating a mobile app for Facebook’s Open Graph? What are your thoughts on this? What do you think about Facebook’s plans for the future of social gaming and mobile? Tell us in the comments.
Posted by Toukir Rahman