0 News And Information 12:01 AM
I guess we all know about Zynga the most popular online gaming comapny. And if you talk about Facebook games then you must have played atleast one Zynga's Facebook games. Zynga has filed the IPO documents with securities and exchange commission this friday, and with the share price between $8.50 and $10.

If they are successful, then this new IPO of Zynga will bring between $850 million and $1.15 billion at a maximum $7 billion valuation.As the current market Activision Blizzard is the largest gaming companies in the world with $14.2 billion. 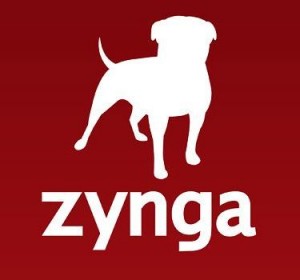 Zynga is very popular for its famous Facebook games FamrVille and CityVille and as we for the past news that Zynga was originally prepared to file for an IPO several months erlier, but the IPO got delayed due to volatlity on the stock market.

$7 billion valuation is significantly lower then last may as Zynga was trading in the private markets at valuation of around $10 billion.

IPOs in the investment community, the recalibration may not be all that surprising, on one hand, Facebook initial public offering, which might happen in 2012, could ned up as one of the largest IPO company in the history, bringing back nice memories of Google's $23 billion IPO in 2004. On the other Groupon's shares sunk after the company's IPO in November, though groupon shares did bounce back a bit after the end of its quiet period.There is something going with the company that they would like to sell a large ammount of stake of the company around 100 million shares (14.3% of the total company share), which might help reducing volatility.But the valuation is lower then the expectation, the company is really profitable, with earnings of $30.7 million for the first three quarters of 2011.
Posted by Toukir Rahman