0 facebook, facebook news 2:48 PM
So, the one and only MarkZuckerberg who changed the world, Mark Zuckerberg has gone from his Harvard college dorm to running a business with 800 million users, and a possible value of $100 billion, His idea to 'Make the world more open and connected' has sparked a revolution in communication, and now looks set to have a huge impact on business too.

Emily Maitlis reports on life inside Facebook, featuring a rare interview with Zuckerberg himself, the film tells the story of Facebook's creation, looks at the accuracy of the Social Network movie, and examines Facebook's plans to use the personal information it has collected to power a new kind of online advertising. 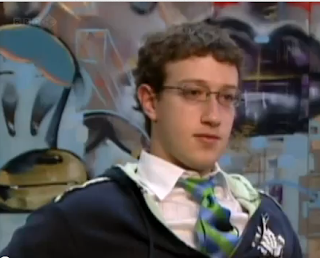 Mark Zuckerberg has made a history in social media that might not be broken by anyone in the future, the popularity and majority is very high then any other social community. Mark Zuckerberg has worked so hard and even might not thought about something this bigger, but unfortunatly with his hard working capability, the way he he have done everything, just made a new work of communication that is connecting people together. Facebook is such a social network which is very important to normal people to goverment and now Mark Zuckerberg has become one of the popular man in the world.

Here is a video of Mark Zuckerberg: Inside Facebook Interview