Indian Government Against Google Facebook and other Social Media Networks

0 facebook, google, microsoft, social media, Social Networks 3:35 PM
Indian government has asked social media networks and companies websites like Facebook, yahoo, google, bing and all others to prescreen user content and remove offensive materials even before it goes live. Which means they asked all the companies to verify every single content that Indian users post.

According to The New York Times news inside a indian link blog, top officials from Indian units of Google, Microsoft, yahoo and Facebook had a meeting with Kapil Sibal, Indian's Telecom & IT minister, on Monday to discuss the issue. Mr. Sibal is also reported to have called legal representatives from the top internet service providers and Facebook into his New Delhi office, a few weeks ago.

“The Indian government doesn’t believe in censorship. It believes in self-regulation,” Sibal told the TOI when questioned on this matter. The officials, however stated that the issue is difficult to resolve, given the volume of content from Indian users and the lack of clarity between what is defamatory or disparaging and what isn’t. Facebook has more than 25 million users in India and Google has over 100 million Internet users in India.

“If there’s a law and there’s a court order, we can follow up on it. But these companies can’t be in the business of deciding what is and isn’t legal to post,” an executive from one of the companies attending the meeting stated. 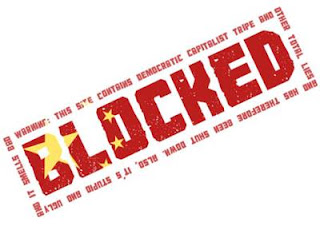 The Government sources, however, pointed out that the control if implemented would be in no way similar to steps taken in other countries such as China. “We are engaging with them to evolve a mechanism so that no one is offended and we do not have to resort to censorship,” added a Government official.
Posted by Toukir Rahman