3 facebook, facebook tips 1:09 PM
So, we always talk about the records ? the wonders ? the best records people have done ? Facebook is the largest social media in the world do you ever thought it also have some records as well ?

RecordSetter is a world records website running since last 2 years and have more then 300 extraordinary feats by ordinary people.They has gained enough traction to be mentioned on Late Night with Jimmy Fallon and collected enough material to publish The RecordSetter Book Of World Records. 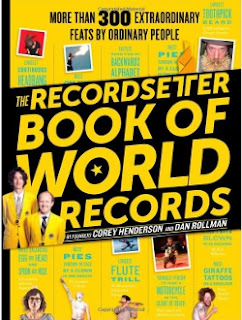 RecordSeleter has an entire section for Facebook. Where you can find best records which have been done by Facebook users. So, Here are some highlights:

Most Comments On A Facebook Quiz Result
Alex Carlins and his friends have posted 18,688 comments on his Facebook quiz result.