0 Social Networks, Twitter 8:50 AM
Twitter has added a new updated called twitter stories.This new line updates will contain all the important tweet stories that has been posted before.Like the people who have gain lot of response from twitter users and become the top story in twitter.Like the helping tweets: some of the examples of the top stories in the twitter stories : Roger Ebert : Gained a new voice after losing his ability to speak.

Chad Ochocinco : Treated 100 of his followers to a seafood dinner with a surprise invitation on Twitter. Maureen Evans: Delivers recipes to the palm of your hand.
Dr. Willy Mutunga : Opened the African courts to direct communication through Twitter.
Queen Rania Al Abdullah: Started a global conversation (with a sandwich).
Burberry:Shared the looks before they hit the runway.
Rebecca Chiao : Reveals harassment while protecting victims.
Ravi Pina :Shares train information through crowd sourcing and Twitter.
Mike Massimino:Historical Tweet: Sent the first Tweet from space.
From orbit: Launch was awesome!! I am feeling great, working hard, & enjoying the magnificent views, the adventure of a lifetime has begun! 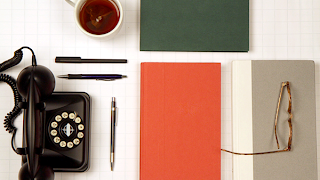