Top U.S City Has The Hottest Singles In Facebook

0 facebook 12:24 PM
As a survey as taken New York city is the key of are you interested users eyes, this survey was taken by a parent company SNAP interactive. 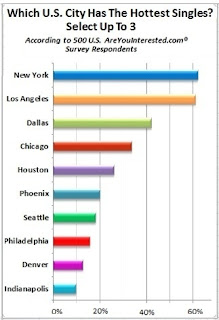 The top ten cities for online dating in the U.S., based on monthly visitors to Are You Interested, are:

The top ten cities for mobile dating comes out a bit differently: