0 facebook 10:19 AM
According to forbes records Facebook Founder and CEO Mark Zuckerberg is the 9th most powerful person in world. Yes you can say there is only 8 people alive in the world who can stop him or his quest to control precisely everything.So there might be a question in your might that who are those persons who can stop him or more popular then Mark Zuckerberg, according to Forbes reports US President Barack Obama is still in number 1 position.But he seems pleasantly disposed to Mark Zuckerberg.They have even had a dinner together.

Some might have imagined that Bill Gates would still be competitive enough to halt the lone fellow techie in the top 10. Then they might remember that Microsoft has money in Facebook. 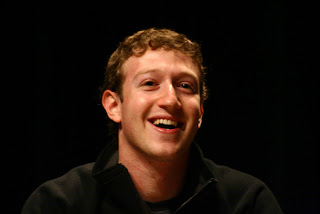 So unless Prime Minister (and future repeat President) Putin and President Hu can get together to create a brand new worldwide social network, it will surely be over.

Privacy will be defined by whatever our World SocialNet Party Leader feels is appropriate for our future. Elections will be exclusively held on Facebook. Having 20,000 friends will be compulsory, as will penning 15 posts a day, including at least five videos.

Those who transgress will be sent to hard labor on the Collective FarmVille.

Forbes explained that it looked first at how many people the folks on their list had power over. Yes, when it comes to Zuckerberg, they included you and me among his subjects.

Then they looked at the financial resources controlled by the candidates and whether they were influential in more than one sphere.

Lastly, Forbes looked at something very important: how "actively" these powerful people wielded their power.
Posted by Toukir Rahman