0 News And Information 9:31 PM
Un - United Nations has announced that more then 3000 people have been killed in Syria in the protests against the rule of PResident Bashar-Al-Assad.United nations High Commissioner for Human Rights Navi Pillay said at least 188 children were inside the protest and have been killed. 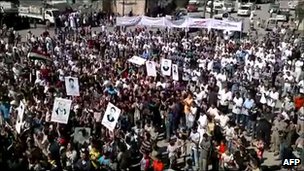 They also said that 100s have been arrested since the protest began seven months ago.

UN reports said 100 people had died in the past 10 days protects. 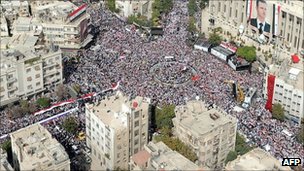 The goverment in Damascus blames armed torrorist gangs for the trouble and says 1100 members of the security forces have been killed by the torrorist attack.
Posted by Toukir Rahman