2 Games, new games 12:09 AM
EA Games has recently announced Need For Speed - The Run release date and demo. This is one of the exciting game for racing and EA is always best for its Need For Speed series. Need For Speed - The Run from San Francisco to New York city. They have added several new and old cars. The graphics and design and every car is something extra ordinary. This game is going to give EA Racing games another new look and a fantastic exciting racing game to play.If you have already played Need For Speed - Most Wanted then you are going to love this new one as it as similar to Most Wanted. The car chasing , drifting, police, traffic and lots more. We have collected the cars which are going  be in this series but more will be added before releasing the game. 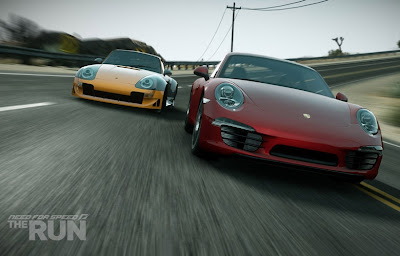 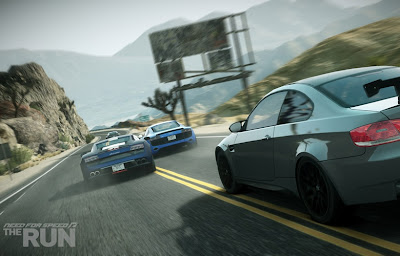 Need For Speed - The Run Story Line:
Jack is a marked man.
Jack has just found a way to save his life.
All he needs to do is win an illicit, coast-to-coast race from San Francisco to New York.It’s called The Run. Three-thousand miles of unforgiving asphalt from San Francisco to New York. No speed limits. No rules. No allies. Armed with just his guts and instinct, Jack battles a field of the most notorious drivers ever assembled. Dense city streets, icy mountain passes and narrow canyons push his driving skills to the limit. Relentlessly hunted by the police, as well as the men who want him dead, Jack is racing for his life.
From the Golden Gate to the Empire State — Compete in The Run, an illicit race across the most iconic and treacherous roads from San Francisco to New York. There are no rules and no allies in the cities, deserts, mountains and canyons than stand between you and the finish line.
You are Jack’s Competitive Edge — Jack is in a race for his life, but he’s got something the competition doesn’t: You. Keep Jack one step ahead of the dangers from his dark past, both inside and outside the car. It’s up to you to get Jack to New York in one piece and ahead of the competition.
Beat Your Friends — Connect to Autolog. Compare your times against those that matter most. Compete to be the best. Autolog now tracks your entire career – making every second of every race count in the battle to be the fastest to New York.
Racing Powered by Frostbite 2 — The powerful new Frostbite 2 engine, created by the award-winning DICE studio, advances technical achievements to deliver a gameplay experience with an unprecedented level of visual detail, environmental immersion, and emotional impact.
Compete in High Octane Multi-Player Racing — The most accessible online racing experience ever offered. With matchmaking technology, join races already in progress instead of waiting in lobbies. Create a party with friends, pick a playlist of your favorite challenges and compete for supremacy across every stage of The Run. By mastering all of the playlists you can level up and earn access to exclusive vehicles, upgrades and abilities. 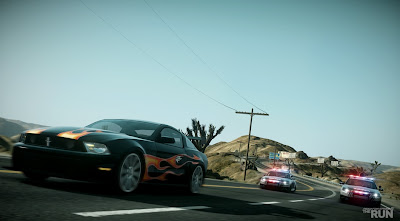 
Need For Speed - The Run Trailers: