Home » News And Information » NASA satellite to crash on Friday

NASA satellite to crash on Friday

0 News And Information 4:59 PM
NASA science satellite is expected to fall back to Earth on Friday, showering debris somewhere on the planet although scientists cannot predict exactly where, officials said.

The 6.5-ton Upper Atmosphere Research Satellite, or UARS, was carried into orbit during a space shuttle mission in 1991. It operated for 14 years, collecting measurements of ozone and other chemicals in the atmosphere.

Since completing its mission in 2005, UARS has been slowly losing altitude, tugged by Earth's gravity. On Friday, the 35-foot-long, 15-foot diameter (10.6-metres long, 4.5-metres diameter) satellite is expected to plunge into the atmosphere, NASA reported on its website.

While most of the spacecraft will be incinerated, scientists expect up to 26 pieces, with a combined mass of about 1,100 pounds (500 kg) to survive the fiery re-entry and fall down somewhere on Earth. 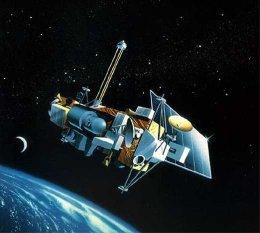 The satellite's orbit passes over most of the planet, from as far north as northern Canada to the southern part of South America.

NASA said the chance a piece of UARS debris will strike a person is about one in 3,200. The debris will mostly likely fall into an ocean or land in an uninhabited region of Earth.

Satellites as large as UARS re-enter Earth's atmosphere about once a year.

NASA said there have been no reports of any deaths or injuries to people from falling debris.

The largest chunk of wreckage from UARS is expected to be about 331 pounds (151 kg), says Nicholas Johnson, chief scientist of NASA's Orbital Debris Program office at the Johnson Space Center in Houston.

As of Sunday, UARS was in a 133-mile by 149-mile (215-km by 240-km) high orbit around Earth. Re-entry is expected some time on Friday, although it could happen as early as Thursday or as late as Saturday.

The agency is posting updates on its website, www.nasa.gov/uars.
Posted by Toukir Rahman