0 microsoft 9:39 PM
Microsoft is going to drop a little future in your like a ton of bricks will you mind for that ? this HoloDesk uses a half silvered mirror and a Kinect sensor to see your hands in a 3D space then project visible objects on and around them, allowing you to juggle virtual spheres , play with phones , and generally get all minority report up in this piece.

According the the Microsoft Research Blog, this is only one of the upcoming 3D projects coming out of Redmond. Writes researcher Steve Clayton:

I would not attempt to describe what it does in great detail, except to say that with Holodesk you can manipulate 3-D, virtual images with your hands. Whilst this is only a research project at this stage, I can envisage future applications in areas such as board gaming, rapid prototype design or perhaps even telepresence, where users would share a single 3D scene viewed from different perspectives. I know it sounds very Star Trek but this is not science fiction. 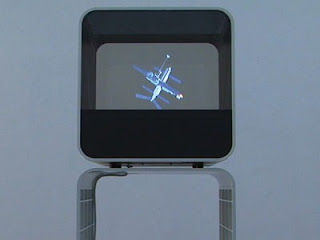