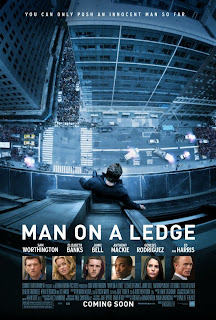 
Storyline: An ex-cop-turned-con (Sam Worthington) threatens to jump to his death from a Manhattan hotel rooftop. The NYPD dispatches a female police psychologist to talk him down but, unbeknownst to the cops on the scene, the suicide attempt is a cover for a massive diamond heist.
Additional Notes: The project was previously setup at MGM, prior to their buyout by Sony.
Posted by Toukir Rahman