0 News And Information 9:21 PM
A Connecticut jury today found Joshua Komisarjevsky guilty of taking part in the three murders of Dr. William Petit's wife and two daughters in a brutal home invasion that ended with his daughers tied to their gasoline splashed beds and the house on fire.Komisarjevsky, age 31, was found guilty on all 17 counts against him, charges that included murder, burglary, kidnapping, sexual assault and arson. Six of those charges are considered capital offenses, making Komisarjevsky eligible for the death penalty 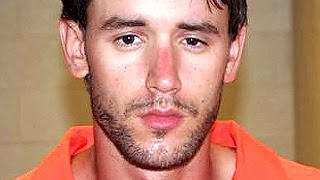 The jury began deliberations on Wednesday morningand it took them about nine hours to return a verdict of guilty on charges he murdered Jennifer Hawke-Petit, 48, Hayley Petit, 17, and Michaela Petit, 11.
He will now undergo a death penalty hearing to determine if he spends the rest of his life in prison or is condemned to execution by lethal injection. Those hearings will begin Oct. 24.
The Petit family was in court as the verdicts were read and rubbed each others' shoulders comfortingly in reaction. As he left the courthouse, Dr. Petit the lone survivor of the brutal attack called Komisarjevsky "a lying psychopathic personality who probably still doesn't think he's done anything wrong."
Dr. Petit said even fours years later the loss of his family had left a "jagged hole in his heart" but he was grateful for the support he had received from across the country and the world. He called the verdict "a relief."
Komisarjevsky had no visible reaction.
Komisarjevsky's accomplice, Steven Hayes was convicted last year for his role in the July 23, 2007 home invasion, murder and torture of the Petit family. He was sentenced to death and is currently on Connecticut's death row.
If sentenced to die, Komisarjevsky will join 10 other men who are currently on Connecticut's death row, including Hayes.

Only one individual has been executed in Connecticut since the death penalty was reinstated in 1976. That execution occurred in 2005 and was of serial killer Michael Ross, also known as the Roadside Strangler.
The emotional trial of Komisarjevsky began on Sept. 19. Komisarjevsky's defense attorneys argued that their client was a man who was "confused" and easily led, but who never meant to kill anyone. Komisarjevsky's attorneys blamed Hayes for the killings and said Hayes was the criminal mastermind of the assault on the Petit home in Cheshire, Conn.
During closing arguments, State's Attorney Gary Nicholson told the jury that "it took two people to commit these crimes" and that it was Komisarjevsky who started the ball rolling by following Jennifer Hawke-Petit and Michaela home from a grocery store.
Komisarjevsky, said Nicholson, was just as responsible as Hayes for the gasoline being poured in the home and for the fire that led to the girls' deaths. "They had a shared goal to destroy the evidence, and, in the process, a family," said Nicholson.
As the horrific events of that night began to spiral out of control, defense attorney Walter C. Bansley said his client was helpless to stop them because of his "poor decision making skills" brought on by a "perfect storm" of childhood sexual abuse, severe head injuries and drug abuse.
At the beginning of the trial, Bansley warned the jury that they would likely hear testimony that would "break your hearts." Testimony was, indeed, heartbreaking.
In gruesome detail, the jury heard how Komisarjevsky and Hayes beat Dr. Petit about the head with a baseball bat and then tied him up bloodied and bruised. The jury learned how the two daughters were tied to their beds for hours and terrorized. Komisarjevsky also admitted to sexually molesting Michaela and taking half-naked pictures of the child as she was tied up. Hayes raped and strangled Hawke-Petit.
During the trial audiotapes recorded after Komisarjevsky was arrested were played in court where he described in a flat, monotone the horror of that night as he blamed Hayes for the murders.
"He began ranting and raving about DNA, and he was mad at me because I had on several occasions accidentally used his name in front of the occupants of the house…and I all of a sudden you know got to kill them…We got to kill the, the whole family and burn the house down on top of them. Um, that was not, that was not the plan," he said on the tape.
The jury was told that gasoline was poured in the Petit family home, including on the girl's beds as they lay tied up, and then the house was set on fire. A medical examiner testified that because of the extent of the fire damage, dental records had to be used to identify Hawke-Petit's body. And experts also described how the young girls likely survived for agonizing minutes before succumbing to smoke inhalation.
Only Dr. Petit survived. Left battered and bound in the basement, he managed to escape to a neighbor's house. As he did in the last trial, Dr. Petit sat in the first row every day and endured the often difficult testimony.
Petit, surrounded by his family outside the courthouse, told reporters that this trial was even more difficult than the first because of the focus on the sexual molestation of his 11-year-old daughter, Michaela.
In his audiotaped statement that was played in court Komisarjevsky referred to the child as "KK," a family nickname for the girl. It was that kind of familiarity that "nauseated" his family, said Dr. Petit in a press conference after the verdict was read.

His father-in-law the Rev. Richard Hawke also spoke outside the courtroom after the verdict was read and said that faith got the family through this horrible ordeal. Komisarjevsky's legal team asked for several mistrials, lashed out at the Petit family for wearing pins in support of their charitable foundation, and for staging "stunts" in the courtroom, like walking out en masse during difficult testimony.
Dr. Petit said Komisarjevsky's lawyers were "definitely a lot more aggressive and tougher on us" than Hayes' lawyers during the first trial.
Despite his combative legal tactics, Komisarjevsky sounded differently when he wrote the following in prison diaries that were later published in a book. "I am what I am and make no excuses," wrote Komisarjevsky. "I am a criminal with a criminal's mind, and my anticipated death sentence will be a sentence of mercy."
Posted by Toukir Rahman