iOS 5 release date and how to get it 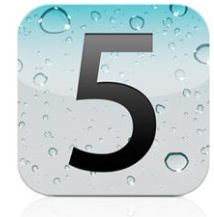 With iOS 5 and iCloud are build together, it is the most exciting and upgraded software that we have ever seen since 2007.Even last year iOS 4 update, which brought multitasking, folders, and Facetime, was relatively minor in comparison.
How to get iOS 5 Free:
You can install the new iOS 5. That would be the iPhone 3GS, 4, and 4S; the iPad 1 and 2 as well, and the iPod touch 3rd and 4th generation.First of all you need to update your itunes to iTunes 10.5(if you do not have version 10.5), connect your iDevice, and download the software update. This may actually be the last iOS update you ever do over iTunes, as iCloud will allow you to download delta wireless updates from now on.Finally, the days of Apple charging for iOS updates on older devices are long gone. this one is free for all of those devices.


So now lets talk about the updates of the new IOS 5:
Notification: 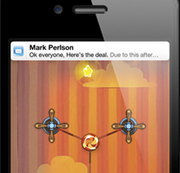 Expect the iCloud, one more great new feature might be new notifications of Apple iOS5.Gone are the blue pop-ups that had infested iOS devices for the last four years, even while rival OS Android and WebOS moved on to more advanced alerts.

This new notifications center borrows heavily from Android, featuring a drop down menu that can be accessed by sliding down from the status bar.

Real-time alerts, meanwhile, are now subtle banners that briefly appear at the top of your screen. While the blue beasties used to stop everything and require an input in order to proceed, these notifications allow you to continue doing whatever you were doing (you can retrieve the full message by tapping the banner). These were heavily influenced by jailbreak app MobileNotifier. That application developer, Peter Hajas, was hired by Apple earlier this year. 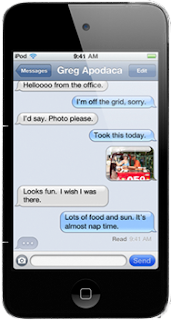 iMessage is Apple assault on wireless carriers text messaging plans (while taking a swipe at Blackberry Messenger and Google Voice texting as well).It uses an Instant Messaging (data-only) protocol as a replacement for pricey SMS plans. Integrated into the standard text messaging app, any friends who are on iOS devices will automatically be contacted via iMessage. Anyone who is not on an iOS device will be sent a standard text.Not to be defeated so easily, the carriers are already defending themselves against the potential threat of iMessage: AT&T recently announced that they are no longer offering their middle-tier of text messaging plans. It’s either the $20/month unlimited plan, or pay 20 cents per message. Those sneaky rascals.
Reminders:

Reminders make lot more sense that was introduced last June by Apple.At the time, it looked like it was a natural extension of iCloud and notifications. Now we see that it is also integral to Siri on the iPhone 4S.This feature essentially kills off many of the popular third-party To-Do List apps that saturate the App Store. Make a checklist of things to do, and you will be notified at a pre-selected time. You can even set a notification to go off when you arrive at a set location.If you have an iPhone 4S, Siri will access Reminders (among a variety of other apps and services) to let you set reminders for yourself without even looking at your iPhone.
Newsstand:

Newsstand is probably one of the less stellar features of iOS 5, but it does serve a purpose. Rather than managing periodical subscriptions through the App Store, Apple now stores all of your electronic magazine subscriptions in one place.Consider Newsstand Apple attempt to usher publishing further into the digital age. More specifically, it’s their attempt to tie those subscriptions to their platform and their devices.
Twitter: 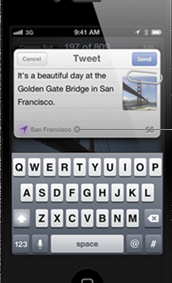 iOS 5 also brings system-wide Twitter integration to the table.If you are browsing Safari and come across a story that you want to tweet, simply hit the Tweet option from Safari’s menu, and you’re done. The same goes for pictures you just took, or a plethora of other things from any app that integrates iOS 5 Twitter API into it.Links are automatically shortened, locations can be included, and contact names will auto-fill. It all adds up to a quick and easy way to tweet anything from anywhere on your iDevice.
Camera Photos: 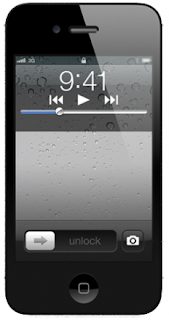 Apple gave us lots of fun goodies in relation to the Camera and Photos apps in iOS 5, some of which integrate with iCloud, some of which just make things more convenient.The camera can now be accessed by simply touching a button on the lock screen. iPhone 4S users will be ready to take gorgeous 8MP pics in hardly any time at all, while the rest of us will have to wait a few seconds for the camera app to open and ready itself.The camera also lets you zoom by using pinch-to-zoom. This one is so simple and Apple-like it’s hard to believe that it wasn’t included in the first version of iOS. You can also tap-to-focus on a part of an image, and use grid lines to help setup your image’s composition.One of the simplest, yet most useful, tweaks is that pictures can now be taken by tapping the volume up button. Previous versions of iOS required you to tap the button on the screen (you can still do it that way too). Using the volume button as a shutter button may help avoid some accidentally blurred pics when pushing the touchscreen.Finally, the Photos app now allows you to edit your photos from right within the app. While it isn’t exactly Photoshop, it offers the most common basic photo editing options (auto-correct, brightness, cropping, etc.), and it does them all well. This will be especially convenient as your pics will all now be automatically uploaded to iCloud. If you needed third-party apps to tweak your images before sending to the cloud, that could get messy. This keeps it all clean and highly functional.
Split Keyboard (iPad only): 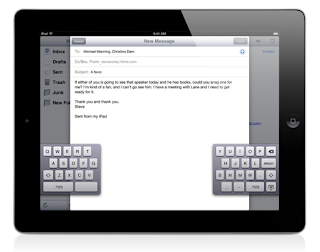 Only iPad users will get this one, but if you’re an owner of Apple tablet, the split keyboard just may completely change how you feel about typing on your iPad.What the split keyboard lacks in beauty, it more than makes up for in function. Having been extremely popular on Android (first in the pioneering Thumb Keyboard and the copycat Swiftkey X for Tablets), split keyboards allow you to hold your tablet with two hands and tap away with both thumbs. It may take a little getting used to at first, but it will soon make typing with a standard on-screen keyboard feel like more of a chore than it already does.Best of all, you can easily switch between the two kinds of keyboards on the fly. Simply drag a small indicator on the keyboard up or down to toggle between the two. Give it a shot, iPad owners – you wont likely look back.
Safari: 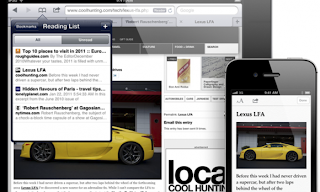 Several big changes are added to iOS stock browser with iOS 5.Tabbed browsing comes to the iPad. Of course mobile Safari has allowed you to keep multiple browser windows open since the beginning, but only now can tablet users see all of their tabs lined up at the top of your screen, similar to a desktop browser.Reading List and Reader are two sister features that are sure to make the excellent Instapaper app lose some business. If you see something that you want to store for later on, simply tap the Read Later button, and it will appear in a list, waiting for you whenever you are ready. Reader, which has already appeared in Safari on OS X Lion, gives you a cleanly-formatted view of the primary text and images on a web page (also just like Instapaper). It makes for a nice, clutter-free reading experience.
AirPlay: 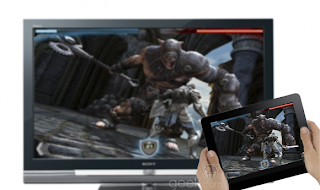 Most definitely not least are the AirPlay capabilities that iOS 5 brings. AirPlay is not altogether new to iOS 5, but what is new is everything that you can see on your iOS device’s screen can now be mirrored on a TV set (along with an Apple TV).If this doesn’t seem like such a huge thing now, consider the potential that this will offer. A few years down the road, when iOS gaming has advanced, your iPhone or iPad will not only be a portable gaming console, but it will also double as a home console and the controller. Really, it already is these things with stellar console-esque games like Infinity Blade, the upcoming Infinity Blade 2, 9mm, and Dead Space.But when Apple gets to the A6 or A7 processor within the next few years, the line between mobile and console gaming will be further blurred, and this will be a big-time feature. Remember Nintendo’s upcoming Wii-U with its tablet-like controller? That’s essentially what your iPad will be with the help of AirPlay and Apple TV.
Posted by Toukir Rahman