So, we are going to explain each of new features which are added in the Google Ice Cream Sandwich

Face Unlock Or Facial Recognition
We always care about our device security. As we have so many important things inside of our device. So for more security Google has added Facial recognition for unlocking the device. Which means the front camera will look forward to your face and unlock your device. So if your phone is stolen or even someone else try to access to your device without your facial recognition he will not able to access your Android device. You can either set it on or off as your choice and also can change the face as well.Also you can use code numbers or even if you don't want any security you can switch off both of them. 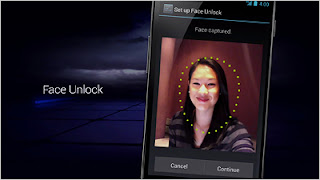 New Browser Functionality
Google Android 4 or Ice Cream Sandwich has added some new improved functions to its web browser. The new browser is closely match with the desktop Chrome browser. It has also includes Chrome sync (which keeps bookmarks synced between your handset and desktop browsers), a “full site" button (which let users switch between desktop and mobile views), tabs, and a new Incognito tab. 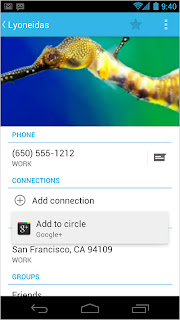 Data Management
Bundled with Android 4.0 is a stock app that lets you control network activity and view a specific app’s data usage. What's the benefit of this? You can now set up warnings (for when you begin to approach certain data thresholds), and hard caps to avoid an overage-fee pummeling.

New User Interface
Taking a cue from the Honeycomb tablet operating system, Ice Cream Sandwich sports a sleek futuristic design that more closely aligns the phone and slate OSes. Android 4.0 also has a multitasking icon that calls up your recently used apps, and eliminates the need for physical keys, as it features adaptable software buttons. 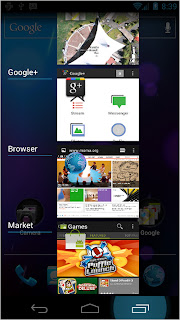 New Camera Capabilities
Google Ice cream sandwich comes with the new cool camera capability which is multiple shot, which means you can shoot any moment with multiple pictures and you will not miss any of the moment due to relatively lengthy snap time. It will take a very short time to take multiple snaps and the camera will be more frequent so you will not get bad photos at all. This function has comes with the new Apple iOS 5 similar to that Android 4.0 also packs a new filter-filled photo editor, and a particularly cool sounding feature : an image rotator that spins the photo based on where your eyes are looking at. it means it will rotate with your eye direction.

Widget Management
Ice Cream Sandwich gives you widget flexibility by letting you select the size of displayed information on the home screens. Android 4.0 makes it easier to place widgets on the desktop; you simply press and hold the screen which opens a menu that reveals all of the widgets.