0 apple, iphone, iPhone 4S 2:42 PM
If you normally ask siri about twitter tweet or facebook update you won't get any response as siri can not help you with any of these. But on the other hand all these social network is using SMS features, so you can et Siri update twitter and faceebook indirectly but using iPhone Siri.

How to update twitter with siri
So, you want to start your tweets using twitter with siri, first of all you need to setup up your Twitter mobile settings page. In order to regiter your phone, follow the step from the page and by enterin your country code and phone number as well as country name, then sendind an SMS containin the word 'GO' to the number display.In the U.S, this is 40404 so by doing this you are now verifying your phone with Twitter account. 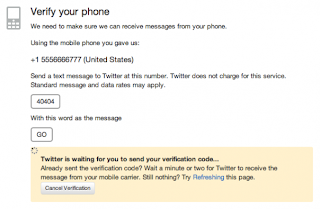 Once you have done it, you will able to tweet by sending an sms to that same number. Add it as a contact in your iPhone address book, and then to get Siri to tweet it for you, all you have to do is dictate a message to "Twitter" ppit will then send an sms with the tweet to Twitter, which will in turn post that tweet for you. Does it a really great trick for tweeting using siri. How to Facebook status update with siri
If you want to update your Facebook status using siri you need to do the same method as we have explained about twitter. First go to Facebook Mobile Settings page and after the page is fully loaded click Add a phone. You will be prompted to enter your password, and then to select your country an mobile carrier. Finally text the letter "F" to 32665. After you send the F letter to 32665 you will get a confirmation code that you are successfully registered. 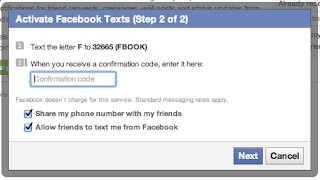 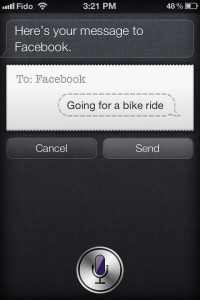