0 google, samsung 3:48 PM
This week Google has announced The new Ice Cream Sandwich 4 which is now dubbled in a HongKong event.Also they have debut of the Samsung Galaxy Nexus the first smartphone that comes out with the Google Ice Cream Sandwich OS.
Ice Cream Sandwich pulls together the best of the smartphone centric gingerbread and the tablet-focused honeycomb and ads some new bells and whistles.A new look, lockscreen ditches password for facial recogniton, the camera gets a speed boost, there is NFC for mobile payments, and Google also added a new font called Roboto and more. 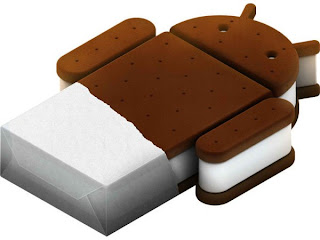 This new OS has been announced at AsiaD conference in HongKong this week, Androir cheif Andy Rubin told All things D Google wants "everything to be as smooth as butter." He later told conference moderator Walt Mossberg that "Ice Cream Sandwich is the best we’ve ever done."

So what about getting the new Android OS hands on the Android Users , Comming up Ice Cream Sandwich Based Device. The Galaxy Nexus is set to debut in November, Possibly on Verizon Wireless in the United States, There are reports that the newly unveiled motorola RAZR will get the Ice Cream Sandwich upcoming device, and also on the other hand Asus Transformer 2 Tablet will be with the new Google OS Ice Cream Sandwich.

But on the other hand 4.65 inch HD touch screen enough to draw buyers away from the new iPhone 4S? will Ice Cream Sandwich just add to the Android fragmentation problems ? why such a silly name ? Those were some of the questions Android enthusiasts were asking on Twitter this week.
Posted by Toukir Rahman