0 Cellphone news, nokia 3:43 AM
Nokia 700 a Symbian Bele Phone this is what everyone expecting to have inside a smartphone.At first when you will turn on the phone for the first time and taking a glimpse of the new Symbian Bele OS, it is an obvious leap forward from Symbian Anna. The larger widgets are noticeable improvement as is the smoothness of the OS. Running our finger from left to right to change homescreen gives no lag whatever in its response. Looking forward at the front of the screen, the top section has been thinned and all the indicators as well, such as battery , signal and time all appear on the right hand side of the display,leaving the operator name to the left side. The bottom on-screen keys have done way with words and are now simple icons. Menu telephone and options menus. 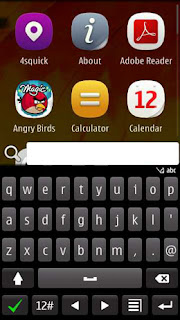 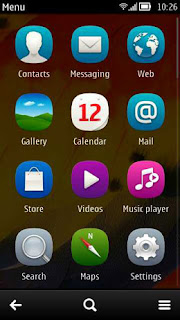 The new menu structure is almost same as before on Symbian Anna, with its rounded but square icons. It is flatter, though, with no submenus by default. but you can add as of your choice,If you prefer that way of working with your phone. What has been added to Symbian Belle, though,is the search function with in the menu. Press the search icon and start to typing in what it is you are looking for. This is really great if you have downloaded lot of apps and games or any music files and others and want an easy and fast way to find them out.
Phototype of Nokia N9 for a while now and one feature that needs to be enjoy about that phone is the swipe action. While Symbian Belle doesn't support swipe in the same way, it does have something similar. Sort of at the top of any page not inside running apps, though you can swipe your finger down from the top of the screen to open the notification menu. This gives you immediate access to the connection settings and any messages or phone calls you may have recieved. 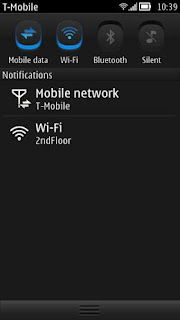 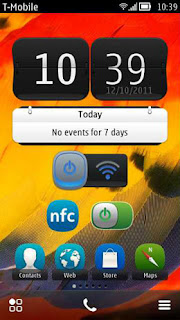 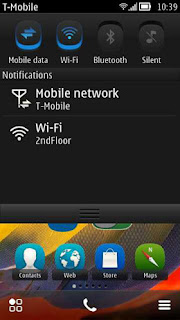 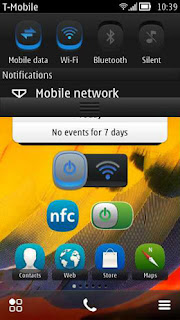 SYmbian Belle features six homescreens, but by defualt there are only four in view, so it has been maximise these by pressing the options key on any one of the homescreens and to add another homescreen. Which have been done twice. 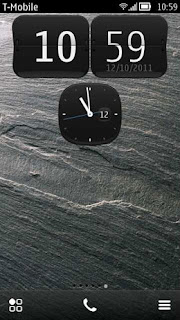 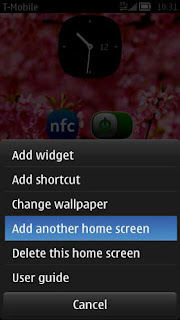 Populated one of the screens with the two different clock types to show different sizes and styles. Another screen gets occupied with some favorite contacts and a personal email account, resulting in an entire screen dedicated to personal life. The next screen is the same but for work colleagues and work emails.
The new email widget has been hugely improved, from a visual and functional perspective. The email client is the same as we’ve already seen on Symbian Anna, but the widget is larger, clearer and restyled. Set in a nice white and blue frame, the emails now show with clear indications of where the email has come from, what the subject line is and when it was sent. And because it’s larger, there’s now room for three email previews, rather than the two we’ve seen before.
With six screens to choose from, there’s really no need for a single screen to actually call home. However, I do like to set one screen as the primary screen. Set up with a clock, a calendar, various shortcuts and the toggle-able WiFi and NFC widgets make up my main screen. The toggle switches are a real improvement over previous widgets. These make turning inbuilt functions on and off really fast and simple. Just press the homescreen widget and it’s done. No more navigating through phone menus.
What other screenshots would you like to see on the Symbian Belle phones? We’ll look back at all your answers and bring you more screenshots at a later date. 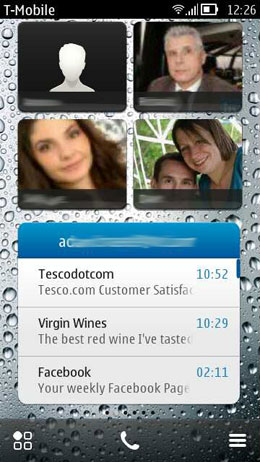