0 apple 1:19 PM
Apple co-founder and longtime leader and the most visionary personal 56 years old Steve Jobs deid.To honor his memory, apple is displaying a home page tribute to the man that helped reinvent computing, entertainment and mobile. Apple has also posted a letter in the second page. It reads as follows:
“Apple has lost a visionary and creative genius, and the world has lost an amazing human being. Those of us who have been fortunate enough to know and work with Steve have lost a dear friend and an inspiring mentor. Steve leaves behind a company that only he could have built, and his spirit will forever be the foundation of Apple.” 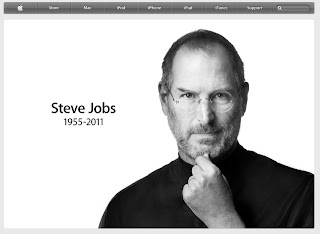 Apple is also asking for those who would like to share their thoughts or condolences to email remembersteve@apple.com. 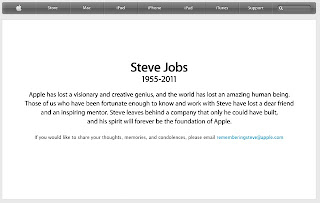