Home » News And Information » TechCrunch Conference Talk of a Bubble

TechCrunch Conference Talk of a Bubble 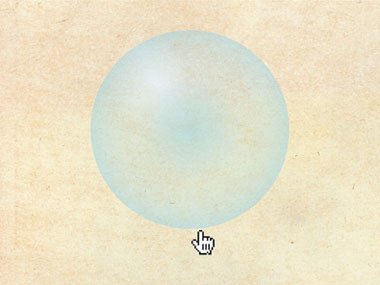 This year’s TechCrunch Disrupt conference in San Francisco sometimes felt more like an episode of “E! True Hollywood Story” than a high-priced technology gathering.
Although attendees discussed newly announced start-ups and venture funds, the conversations in the conference halls were often discussions of TechCrunch’s founder, Michael Arrington, who appeared on stage. AOL, the parent company of TechCrunch, had announced that Mr. Arrington was no longer employed by the company, though it was financing his venture fund.
The gossip quickly moved to a more fruitfully economic discussion: the talk of a technology bubble 2.0.
Curiously, the answer to the question of whether a new tech bubble existed was not determined by wealth or status, but rather age. People I spoke with who had experienced the first bubble in the late 1990s were convinced that we should be prepared for a large pop of biblical proportion.
“It feels like it’s 1999 all over again,” said Stuart MacDonald, chief marketing officer of FreshBooks, an online billing and bookkeeping site for small businesses. “So many of these people who didn’t see it all happen the last time think this is all fresh and new, but it’s really a lot of people saying the same things.” Mr. MacDonald said he was the chief marketing officer for Expedia in the ’90s.
“I just hope it ends differently this time,” he said.
Rick Webb, co-founder of the Barbarian Group advertising agency, who is now taking time off from the tech scene, seemed unimpressed by the new companies presenting themselves at the conference. ”It just doesn’t feel like there is anything new out there. All the start-ups keep announcing the same thing with a different name and a lot of money backing them.”
Rachel Sklar, an adviser for Hashable, a business networking application, said: “The mood of the conference feels like it’s a gold rush. It feels like a bit of a scramble.”
She said “it seems like everyone just wants a little piece of everything that is happening, from social to photo to realtime to mobile. It feels a little insular.”
But the newbies to the tech scene saw things a little differently.
John Exley, a 22-year-old marketing coordinator, talked about the state of technology with the effervescence of a lottery winner. “It’s electric!” Mr. Exley gleefully proclaimed. “I think we’re only in the beginning of what’s possible with social and mobile and the start-up scene.”
“My bet is there will be a small downturn but it will pick right back up,” Mr. Exley said. “I don’t think it’ll be anything like what I read about happening when I was 9 years old.”
Posted by Toukir Rahman