If you live an active lifestyle and need a phone to match, the Sony Ericsson XPERIA Active will definitely interest you: it's the company's first dust proof and water resistant Android smartphone.
In addition to being dust proof and water resistant, the Sony Ericsson XPERIA Active has one other lifestyle feature up its sleeve — it claims to feature wet finger tracking, meaning the phone "works perfectly" when either the screen or a user's fingers are wet. Motorola's Defy, the only other water resistant Android smartphone on sale in Australia, does not boast this feature. Keep in mind that the XPERIA Active is water resistant, and not waterproof. According to Sony Ericsson, the phone can be kept under one metre of water for up to 30 minutes: enough to ensure it won't be pronounced dead after a quick swim in the backyard pool, but not enough to take it into the ocean with you.
The Sony Ericsson XPERIA Active Android phone comes pre-loaded with a range of sports and fitness apps that target active consumers. These include a built-in GPS, barometer and compass, an iMapMyFitness app, along with heart rate and pulse monitors. The latter features can be enabled by using ANT+ wireless networking — a technology included in the XPRIA Active that allows accessories like heart rate monitors and other fitness products to connect with the phone.
Sony Ericsson also seems generous with bundled accessories — it includes an extra exchangeable soft touch back cover, a detachable ear hook for the portable hands-free headset, a wrist strap, and an arm case for use during a workout. The XPERIA Active also comes with a 2GB microSD card and a micro USB cable for data transfer and charging.
The Sony Ericsson XPERIA Active is very similar in specifications to the recently announced XPERIA Mini. It has the same 3in "Reality display" combined with what Sony Ericsson calls its BRAVIA Mobile Engine. It promises image noise reduction, along with sharpness, colour and contrast enhancements when viewing images and video. The XPERIA Active also runs the latest Google Android platform for smartphones (Gingerbread 2.3) and comes with a Sony Ericsson custom UI overlay that takes advantage of the smaller screen size compared to most phones on the market. Users can place up to 16 apps in the corners of the XPERIA Active's home screen and can add widgets to individual home screens like regular Android smartphones.
The XPERIA Active is also one of the first Sony Ericsson smartphones that will ship with 'Facebook inside XPERIA', software that integrates Facebook into commonly used areas of the phone including the picture gallery, music player, phonebook and calendar. The Facebook inside XPERIA feature will soon be available across other Sony Ericsson XPERIA handsets through a future software update.
Sony Ericsson is yet to announce Australian pricing or availability for the XPERIA Active, but it will be available globally in "selected markets" from Q3 2011. 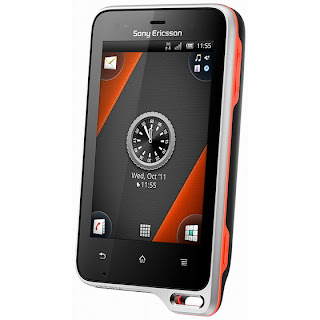 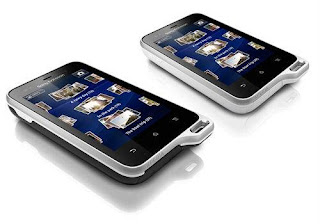 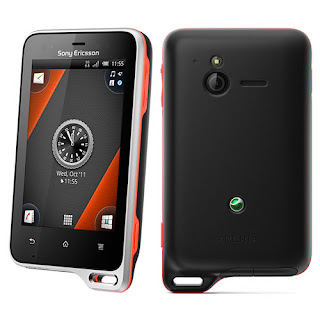