0 celebrity, News And Information 1:05 PM
Last week Saturday September 24 to be exact the 20 anniversary of the release of Nirvana Nevermind. The Experience Music Project in Seattle, which opened an extensive exhibit on Nirvana and Seattle grunge in April 2011, hosted a massive tribute concert on September 20, which seems to have stuck to the band’s punk ethic by featuring stars of the Northwestern underground like Visqueen and the Fastbacks. (The show was also a fundraiser for Nirvana’s original publicist, who is battling cancer.) 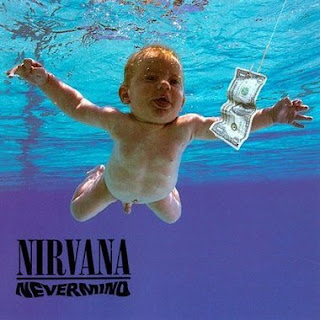 Coverage of the anniversary ran the gamut from straight reportage to several interesting musings on what it meant for a band which never gave up its vehemently alternative stance to suddenly have the eyes and ears of the mainstream trained upon its members’ every utterance.
Many of us who were teens (and girls) at the time also embraced Riot Grrrl, the punk-feminist movement that was contemporaneous with the rise of grunge. Nirvana helped raise awareness of Riot Grrrl bands like Bikini Kill and Bratmobile, but there was something about the lack of separatism in Kurt Cobain’s feminist stance – and songs – that drew women. Rock wasn’t just a boy’s club anymore; nor was feminism just for the ladies. Daily Beast ran this essay on the impact of Cobain’s feminism on September 21.
Beyond championing Riot Grrl, Nirvana used its massive reach to turn fans on to much more. Today, a world of weird is at the fingertips of anyone with an Internet connection. The 90’s may have been the last period in America when a pop-cultural underground passed notes about obscure, cool stuff to each other through genuinely underground channels, like fanzines, mail-order independent record labels and talking to the guy at the record store or bookstore. In the earliest 90’s, watching Kurt Cobain’s homemade T-shirts or paying attention to the cover songs he chose – or even listening to interviews with the band – was one of those great secret entrances down the rabbit hole where cool apocrypha waited. As much as he disdained the public eye, by being in it, Cobain managed to call attention to performers like the Vaselines, Os Mutantes and Daniel Johnston. NPR posted a great piece on the phenomenon of Kurt’s Picks last week.
Of course, there’s always the depressing part: the force of the thrust that put Nirvana at the summit of the fame mountain toppled him right off of it. The Chicago Reader’s dissenting essay on the 20th anniversary box is an unsentimental reminder that commodification was what Cobain hated most, and that in any case, the set offers little that hasn’t been long available as a bootleg or on other comps.
Lagniappe:
Watch this awesome video of Bikini Kill’s Kathleen Hanna explaining how she came up with the phrase “Smells Like Teen Spirit.”
The New Orleans experimental brass combo Magnetic Ear recorded a cover of “In Bloom,” off of “Nevermind,” on its 2010 album “Aliens of Extraordinary Ability.” Watch them perform it live at the All Ways Lounge (admittedly not as well as they do it on the album) below.

Nirvana performed in New Orleans only once; they played the UNO Lakefront Arena in December 1993.
Were you there? Would Kurt have completely hated the box set and promo blitz? And be honest – now that “Nevermind” is 20, do you feel old?
(Regarding the last question, author Mark Yarm – whose “Everybody Loves Our Town: An Oral History Of Grunge” came out last week as well.
The double-disc deluxe 20th anniversary edition of “Nevermind,” which features rehearsal tapes, live recordings and unreleased demos, is out today.
Posted by Toukir Rahman