0 microsoft, News And Information 4:53 AM 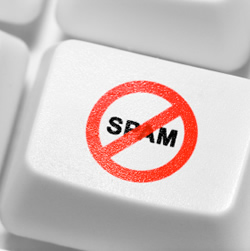 Microsoft has taken a new approach to security in particular in the enforcement side. They took a clean computer. Infected it with a common malicious code. That code turned the computer into a Spam zombie. A Spam zombie is a computer that is connected to the Internet that has been infected and checks in with the zombie controllers to let them tell it what to do. Microsoft documented 5 Million connections used to send over 18 million Spam messages in less then 3 weeks. This was just one computer. There are reported to be thousands of Spam zombies out there. Microsoft cordoned their Spam zombie off the net so it could not be used to actually send the Spam. Microsoft filed a lawsuit and contacted ISP’s to try to discover who is really sending the Spam.

Why didn’t I think of that? Oh right, I don’t have the millions of dollars to buy resources and file lawsuits. I just hope that Microsoft is investing as much in securing their operating system as they are tracking down these zombies — after all the zombies wouldn’t exist if their operating system weren’t so easily targetted by them.
Posted by Toukir Rahman