0 facebook, facebook tips, Social Networks 11:30 AM
Have you block someone in facebook you didn't wanted too. But now you can't unblock that person. So here is a simple tutorial that how to unblock someone on Facebook. 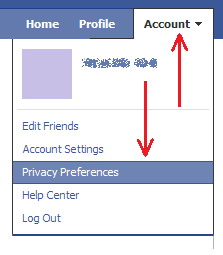 Once you have done this, near the bottom center of the page you will see a label that says "Block Lists." Right below it, click on the link that says "Edit your lists," pointed by the red arrow in the next image: 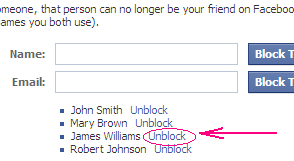 On the new page, near the center of the screen, you will see the list of all the users you blocked. In that list, click on the Unblock link at the right side of the user you want to unblock, as shown in the next image:
Facebook will ask you to confirm the action. Just click on the "Confirm" button and the task will be finished.

Once someone is unblocked, this person is able to view your profile and contact you within the restrictions of your privacy settings. If you were friends before the blocking, this connection will not be restored unless a new friend request is sent and accepted. Also keep in mind that, during the next 48 hours after you unblock someone, you cannot block this person again.
Posted by Toukir Rahman