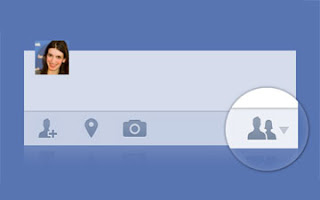 Facebook has updated the new iPhone app with a slew of new features and privacy settings.
Facebook for iPhone 3.5 [iTunes link] now lets users tag friends and places in posts and share external links from the web view. It also makes it easier to control who can see what posts, matching the enhanced controls now available on Facebook.com. The app also features redesigned Profile and Group walls, making both more streamlined and clean.
Additionally, Facebook fixed a number of bugs and made some performance enhancements. We really like the update and are especially impressed with Facebook’s new privacy options tour that accompanies the app the first time it is launched.

On the downside, 9to5 Mac reports that Facebook has taken this update opportunity to remove the Facebook for iPad code that accidentally leaked out in July. An official iPad app remains missing in action.

Let us know what you think of the new update in the comments. 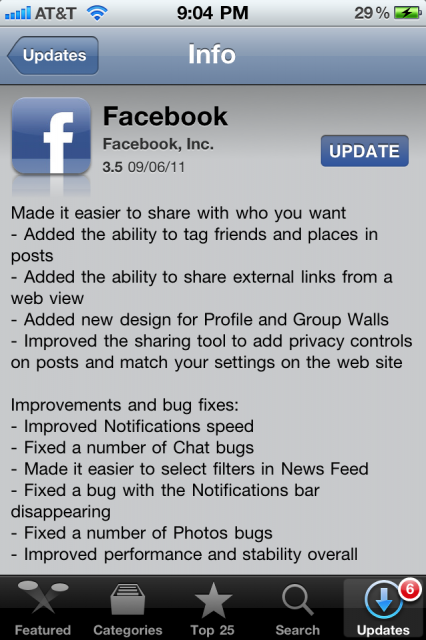 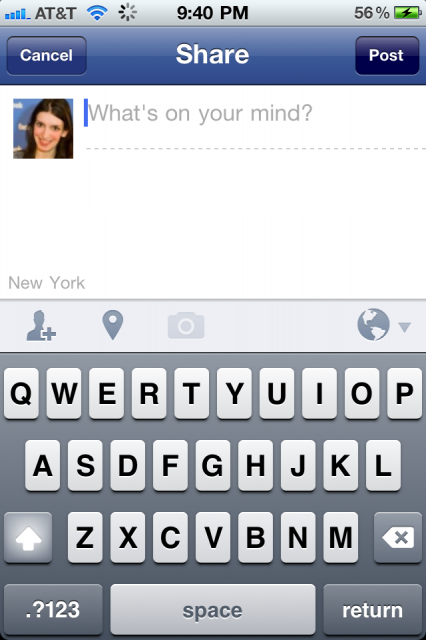