0 News And Information 12:23 AM
Dadt don't ask don't tell repeal - US military policy bans mohosexuals from opernly serving in defence forces went into the effect dont ask dont tell become a thing of past today. The 18 years ban on the gay troops was offically closed. This change was is set to be started in December , while US President Obama signed the Don't Ask, Don't Tell Repeal act that he said will enhance the quality of the military. 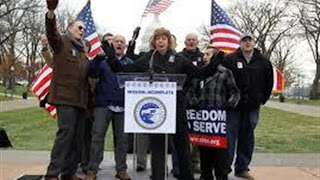 But today , Patriotic American's inside uniform do not need to lie about who they are in order to serve the country they love" Obama has said in his statement.

In San Francisco the gay and lesbian Military will be together to celebrate the repeal along with Mayor Ed Lee and all the other current and former elected officials. including state Sen. Mark Leno and Assemblyman Tom Ammiano those are both openly gay.

The celebration and news conference will be at 12:30 P.M. at the San Francisco War Memorial Building on Van Ness Avenue. A party is scheduled from 5:30 p.m. to 9:30 p.m. at the LGBT  Community Center at 1800 Market St. in San Francisco.

Separately, another group will gather in San Francisco's Castro  District tonight to call for full equality for LGBT service members.

The demonstration, which begins at Harvey Milk Plaza at 6:30 p.m.,  aims to highlight what organizers say is a need for a non-discrimination  policy and transgender protections for service members.

"History has taught us that separate is not equal," GetEQUAL  organizer Dennis Veite said in a statement. "While DADT is gone, we will  fight on."

Kate Kendell, executive director of the National Center for  Lesbian Rights, said that although there is more work to be done to ensure  full equality, the end of the ban should be hailed.

"Today is not just the end of 'don't ask, don't tell,' it is the  beginning of a new era in which government policies that discriminate based  on sexual orientation and gender identity are rightly seen as shameful and  outmoded," Kendell said in a statement.

Before the repeal could go into effect, Obama, the Secretary of  Defense and the chairman of the Joint Chiefs of Staff had to certify that  ending the policy would not hinder the troops.

"A barrier has been lifted, and our military and our nation will  be stronger because of it," Boxer said.

One of the few openly gay service members who fought her discharge  and won -- retired U.S. Navy Commander Zoe Dunning -- is expected to attend  the events in San Francisco today commemorating the ban's end.

Dunning publicly came out in January 1993 and successfully fought  her discharge under the then-newly enacted ban. She served until her  retirement four years ago.
Posted by Toukir Rahman